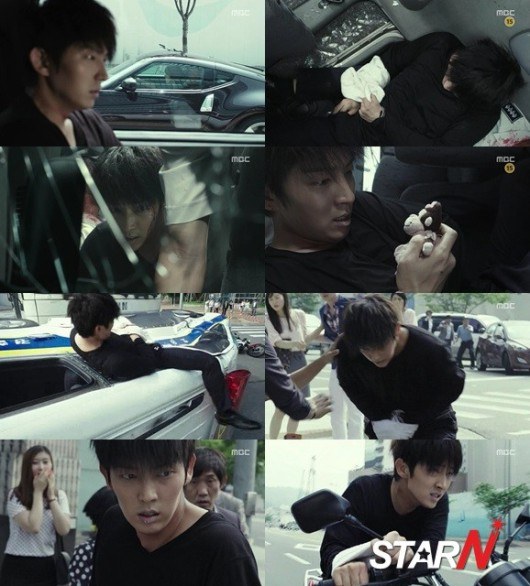 Lee Joon-gi broke out of the police station and ran to save his daughter.

Jang was taken to the police station for murder as he was framed by Moon Il-seok (Jo Min-ki).

Park Jae-kyeong (Kim So-yeon) appeared out of nowhere all of a sudden and crashed into the police car Jang Tae-san was in and the car laid on its side.

Amongst the hurt officers, Jang Tae-san decided he had to run to save his daughter and sneaked out through the window with his handcuffs hidden with a towel.

Jang Tae-san picked up a motorbike and ran. He thought to himself, "I was trash. I lived a trashy life because I was born like that. I didn't think my heart will beat like this again after seeing In-hye".

"Before I met that small child. I want to live like a human for the first time in my life".

Meanwhile, Im Seung-woo (Ryu Soo-young) didn't listen to Jang Tae-san when he begged that he was innocent.

"[Spoiler] "Two Weeks" Lee Joon-gi runs to save daughter"
by HanCinema is licensed under a Creative Commons Attribution-Share Alike 3.0 Unported License.
Based on a work from this source