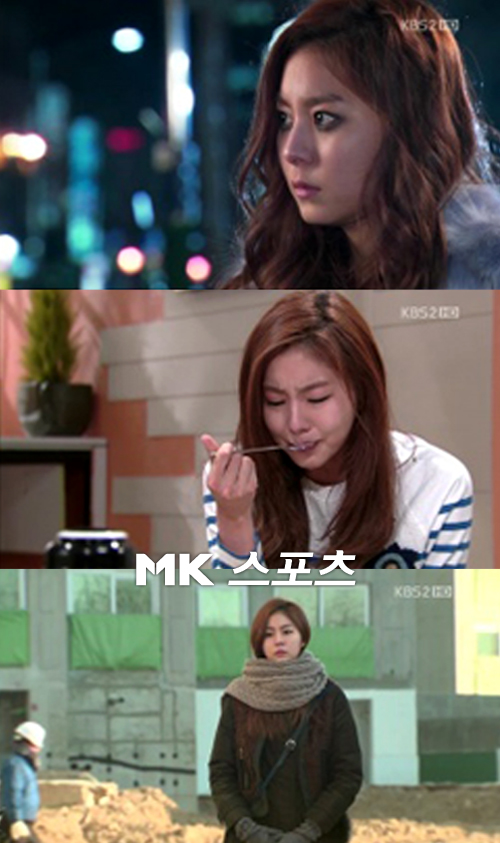 UEE made the entire nation cry with her tears.

On the fifty-third episode of the KBS drama "Ojak Brothers", aired on February 4th, she hears the cruel truth about being 'the daughter of the assailant' and convulsed in pain.

Ja-eun (UEE) asks Je-ha to be her boyfriend after she let's Tae-hee (Joo Won) see her smashed in a club. Je-ha said, "If you are going to be like this, why don't you just run away with Tae-hee? You don't even have the guts to because you're the daughter of the assailant... do you have the right to cry a single tear?"

Maybe that provoked her. She poured out tears and cried loudly. It seems like the reality she tried to avoid came back to her like a dagger.

Without a trace of the bright and happy Ja-eun, she was now ragged and pale with a broken heart and guilt.

After the drama broadcast, there were continuous comments about how well she had performed and helped in making the drama engaging.

"[Spoiler] UEE's crying act, pours out her whole heart"
by HanCinema is licensed under a Creative Commons Attribution-Share Alike 3.0 Unported License.
Based on a work from this source