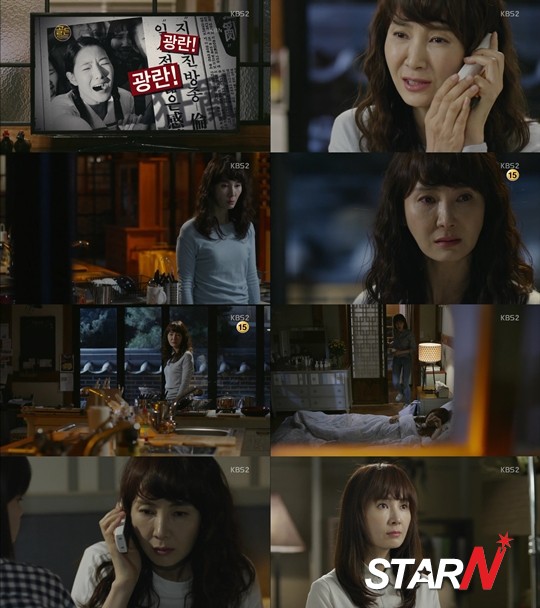 Chae Si-ra made a tearful resolution.

On the 20th episode of KBS 2TV's Wednesday & Thursday drama, "Unkind Women", Kim Hyun-sook (Chae Si-ra)'s past history was revealed after Park Eun-sil (Lee Mi-do) tipped the media about her.

As Hyeon-sook's past history was aired following the malicious rumors that had already been going on, the students started calling Kang's cooking class to cancel their registrations. Under these circumstances, the cooking class had to face a crisis.

Hyeon-sook was left alone in the kitchen and talked to herself, "I should collect my thoughts. I'm going to study hard for the exam and keep volunteering for the counselling support center. There's nothing different than before". She looked around the kitchen and made a tearful resolution, "This is mom's kitchen that supported us and fed us. I must protect this".

Later, while Hyeon-sook was sleeping, she received a phone call, which gave her an opportunity to have an interview and explain her side of the story.