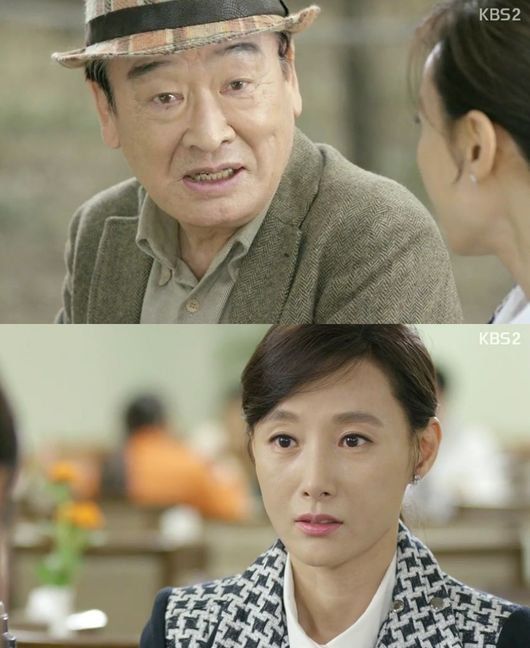 On the April 1st episode of KBS' "Unkind Women", Hyeon-jeong (Do Ji-won) met Cheol-hee at the broadcasting company. When Hyeon-jeong encountered Cheol-hee (Lee Soon-jae) by accident , she felt his gestures were of her father's. Hyeon-jeong said, "It's a weird feeling. If father was alive, then he would look like that".

Later she heard from Choong-gil (Choi Jung-woo), Cheol-hee did not have memories from his past. When Hyeon-jeong met Cheol-hee again, she heard him spitting out a name same as their family pet dog's name from her childhood, she brought him naengmyeon with radish kimchi that Soon-ok (Kim Hye-ja) cooked.

Cheol-heeh ad the noodle and said, "Yes, this is it. It's exactly same as the one I had before". Hyeon-jeong picked Cheol-hee's hair sneakily and requested a DNA test using the hair.