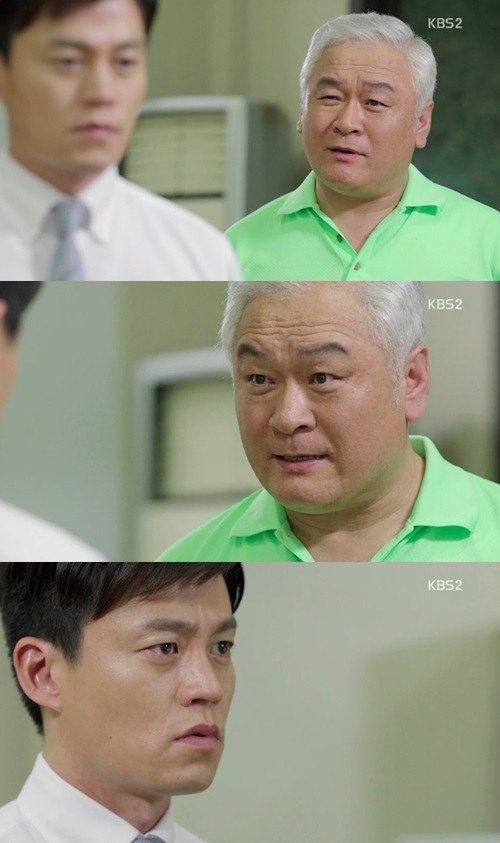 As Kang Dong-seok mentioned marriage with Cha Hae-won (Kim Hee-sun), Oh Chi-soo mentioned the past. He said, "A long time ago, a grandpa was riding his bike with two of his 9-year old grandchildren and they fell trying to avoid a truck".

"The boy was taken to a hospital but the girl who was hurt much more; she was left in the gutters because the grandpa wanted to save the boy first. She became handicapped as a result, but nevertheless she lived" he continued, talking about Kang Dong-seok's sister Kang Dong-ok (Kim Ji-ho).

"However, the man who found your sister is actually the man who caused the accident. He is Hae-won's father. Will your family accept her as a daughter-in-law?"

Kang Dong-seok was shocked to find that the man who he thought had saved his sister was actually the man who made her handicapped.

"[Spoiler] "Very Good Times" Kim Ji-ho becomes a fool"
by HanCinema is licensed under a Creative Commons Attribution-Share Alike 3.0 Unported License.
Based on a work from this source