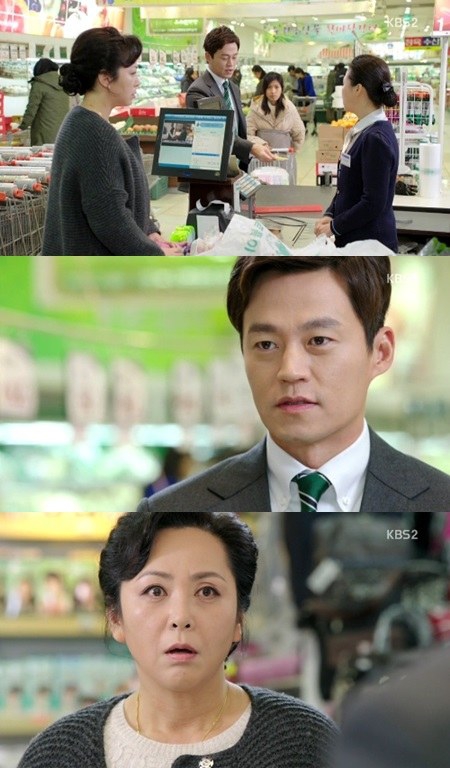 Lee Seo-jin took on his revenge to Kim Hee-sun's mother.

On the fourth episode of the KBS 2TV drama "Very Good Times", Kang Dong-seok (Lee Seo-jin) insulted Lee Myeong-soon (No Kyung-joo) who disrespected him before.

He met Lee Myeong-soon for the first time in 15 years at a market. She neglected Dong-seok who had been their housekeeper's son. She became poor with the death of her husband and her card failed on her so she couldn't pay for the things she'd bought.

Kang Dong-seok was watching this from behind and paid for her instead. Myeong-soon asked who he was and he said, "I'm Kang Dong-seok and you haven't changed a bit".

Lee Myeong-soon then ran straight to her daughter Cha Hae-won (Kim Hee-sun) and said, "The son of the housekeeper, the boy who used to eat our leftovers, paid all of this for me. That's embarrassing, why did it have to be him?"

"[Spoiler] "Very Good Times" Lee Seo-jin scolds Kim Hee-sun's mother "
by HanCinema is licensed under a Creative Commons Attribution-Share Alike 3.0 Unported License.
Based on a work from this source