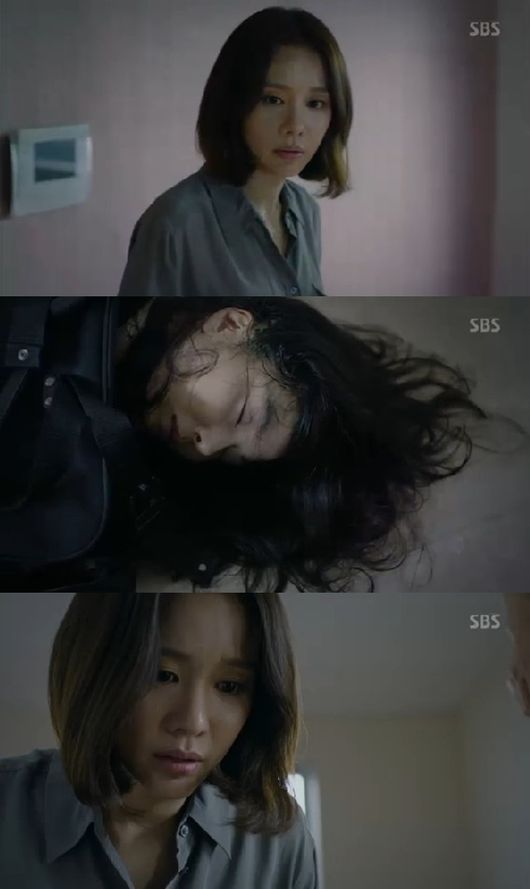 On the episode 4 of SBS Wednesday & Thursday drama, "Wanted", Jeong Hyein (Kim Ah-joong) was given the second mission to complete. The request was to uncover that Ha Dong-min (Son Jong-hak), who used to be Hyeon-woo's physician, was a murderer.

While carrying out the mission, Professor Kim Woo-jin (Jung Wook-I), who was a domestic violence offender, was murdered and a broadcasting jockey, Lee Jieun was arrested as an accomplice. Jeong Hyein knelt down in front of Lee Jieun and begged her to save Hyeon-woo's life.

Lee Jieun whispered something into Jeong Hyein's ear. And Jeong Hyein and Cha Seung-in (Ji Hyun-woo) rushed to the place where the murderer was. Cha Seung-in chased a car driven by a man who looked like the criminal. Jeong Hyein found a dead body of a woman in a bag. The woman was identified as a nurse and it was assumed that she must have been killed by Ha Dong-min.

"[Spoiler] 'Wanted' Kim Ah-joong finds clues for her second mission"
by HanCinema is licensed under a Creative Commons Attribution-Share Alike 3.0 Unported License.
Based on a work from this source