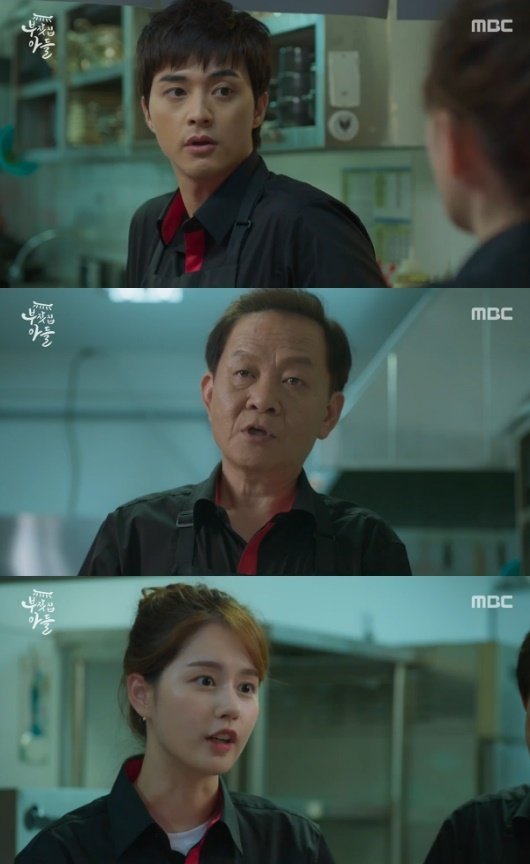 Park Seo-hee (Yang Hye-ji) headed to Kwang-jae with Lee Kye-dong's (Kang Nam-gil) recipe. She was still contemplating wehther or not she should until she met Park Beom-joon (Kim Byung-se) outside the restaurant and turned around to go back.

Park Seo-hee decided to send the recipe to Kwang-jae by quick service after hearing that Nam Tae-il (Lee Kyu-han) would be punished and Kwang-jae would have a better life.

Nam Tae-il realized that the recipe was gone when he came back from the hospital. He also found out from Nam Soo-hee (Lee Seung-yeon) that Park Seo-hee had asked for a vacation. However, the recipe was already in Kwang-jae's hands.

"[Spoiler] "Wealthy Son" Kim Ji-hoon-I Attains Kang Nam-gil's Recipe"
by HanCinema is licensed under a Creative Commons Attribution-Share Alike 3.0 Unported License.
Based on a work from this source