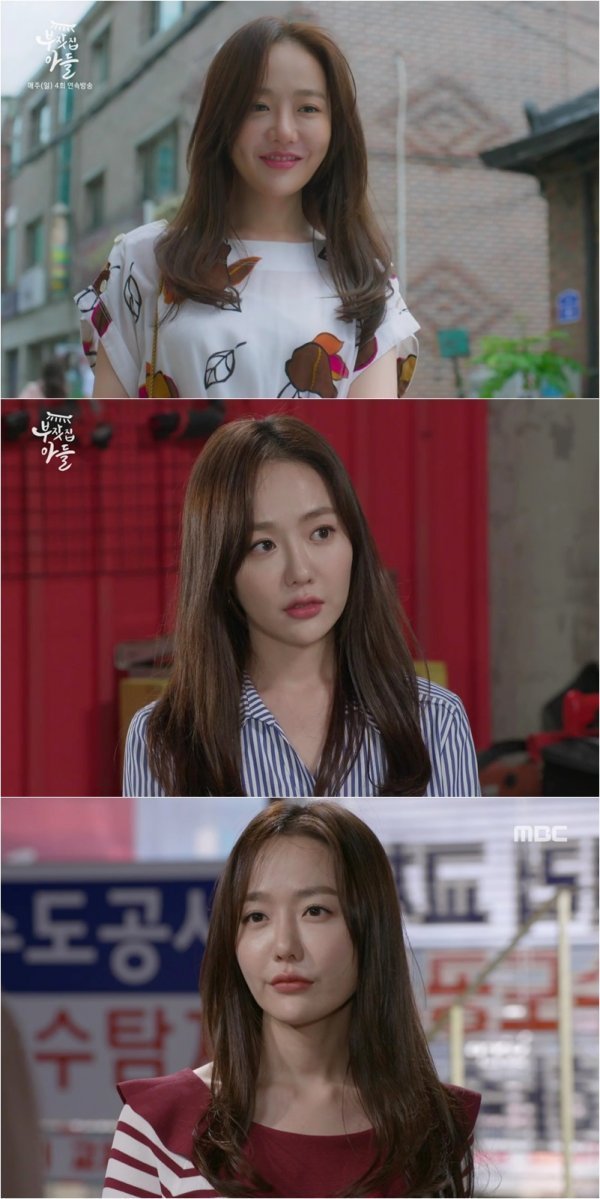 Mi Ram is starring in the weekend MBC drama "Wealthy Son" as Seon-yeong, Choi Yong's (Lee Chang-yeop) girlfriend who is the cause of an interesting love triangle.

Seon-yeong became a different person after receiving a proposal.

She nosed between Choi Yong and Kim Kyeong-ha (Hong Soo-hyun) and even asked Choi Yong's sister Seo-hee (Yang Hye-ji) about them.

Mi Ram is bringing out the true character in Seon-yeong with her charm and boldness. She also recently landed a role in the new KBS 2TV drama "The Ghost Detective".

"[Spoiler] "Wealthy Son" Mi Ram Creates Love Triangle"
by HanCinema is licensed under a Creative Commons Attribution-Share Alike 3.0 Unported License.
Based on a work from this source