[Spoiler] "When A Man's In Love" Shin Se-kyung offers herself 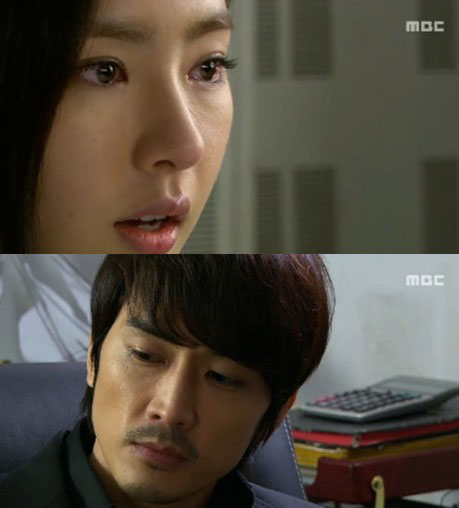 Shin Se-kyung tried to 'sell' her body to pay the debts to Song Seung-heon.

On the first episode of the MBC drama "When A Man's in Love", Seo Mido (Shin Se-kyung) who worked so hard to get her studies done, even in the poorest of times, was faced with Han Tae-sang (Song Seung-heon) whom her father Seo Kyeong-wook (Kang Shin-il) had borrowed money from.

As Seo Mido had no way to pay back the money that was swollen with interest, she suggested writing a contract to exchange her body for her father's debts.

Tae-sang agreed to this and took her to a hotel.

Tae-sang then said, "I will spare you. Just pay back the original price with your father. Now go home". He showed consideration for her as he added, "I think you're too young to understand the world right now but don't let go of yourself like this".

"[Spoiler] "When A Man's In Love" Shin Se-kyung offers herself "
by HanCinema is licensed under a Creative Commons Attribution-Share Alike 3.0 Unported License.
Based on a work from this source