[Spoiler] "When A Man's In Love" Song Seung-heon's suspected crime 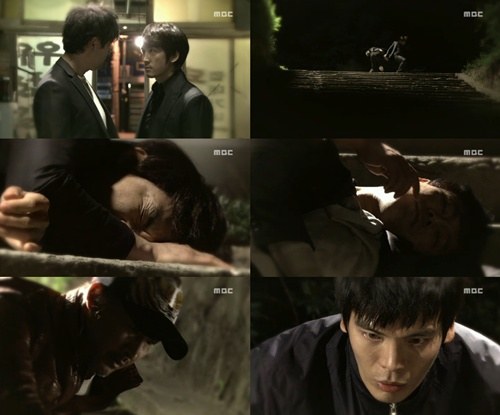 The truth to Han Tae-sang (Song Seung-heon) being accused for murder was revealed by Yong-gap (Lee Chang-hoon) on the 6th of June of the MBC drama "When A Man's in Love".

Yon-gap went to see Seong-joo (Chae Jung-an) saying he had something to say and told her that Han Tae-sang was in trouble as he was being accused of murder.

Seong-joo demanded him to tell her the truth and he told her what he witnessed.

According to him, Tae-sang had a quarrel with the man that lived with his mother (Jung Young-sook) and the quarrel led outside.

The mean held up a rock and hit Tae-sang's head, making him fall unconscious and the man tripped over his own feet and rolled down the stairs.

Chang-hee (Kim Sung-oh) found them like that and checked that the man wasn't alive and took him to the hospital. Yong-gap watched all this.

Seong-joo begged him to tell the police the truth and he agreed under some conditions.

"[Spoiler] "When A Man's In Love" Song Seung-heon's suspected crime"
by HanCinema is licensed under a Creative Commons Attribution-Share Alike 3.0 Unported License.
Based on a work from this source