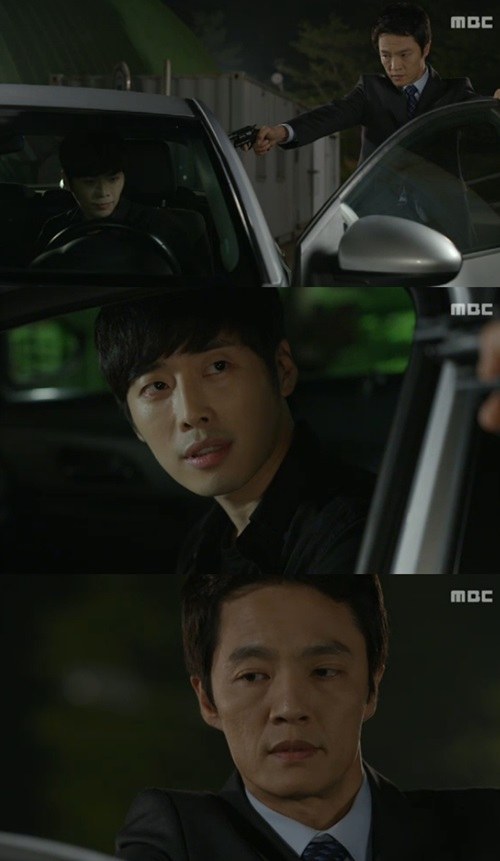 Ha Eun-joong (Kim Jae-won) attempted to make a deal with Jang Tae-ha (Park Sang-min) on the twentieth episode of the MBC drama "Scandal". Of course, they both didn't mean it.

Sin Kang-ho said, "He saved me. He's the first person who has ever considered me human". Jang Tae-ha was more than just 'boss' to him.

Ha Eun-joong mumbled something about killing under orders and Sin pressed him to hand over the USB.

"[Spoiler] Why Jo Han-chul risks his life for Park Sang-min"
by HanCinema is licensed under a Creative Commons Attribution-Share Alike 3.0 Unported License.
Based on a work from this source