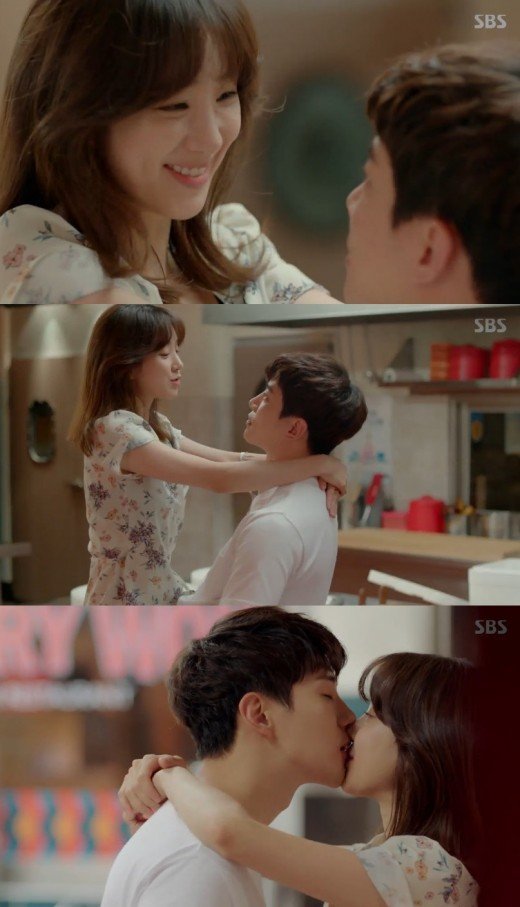 Seo Poong (Lee Junho) and Sae-woo (Jung Ryeo-won) kissed on the latest episode of the SBS drama "Wok of Love".

Chil-seong (Jang Hyuk) gave Sae-woo a great present. It was a chance to prove Chairman Dan (Lee Ki-young) innocent by bribing the bad man who had set the trap for teh Chairman.

Chil-seong said to Sae-woo, "Your father is worried about his family. He's going to come out soon so don't worry". Sae-woo was grateful.

Sae-woo expressed her happiness by kissing Seo Poong. He kissed her back, congratulating her.

Meanwhile, the battle between Hungry Wok and its competing restaurant is getting hotter. Seo Poong and Choon-soo (Im Won-hee) are going to battle in cooking with their restaurants on the line.

"[Spoiler] "Wok of Love" Jung Ryeo-won and Lee Junho Kiss"
by HanCinema is licensed under a Creative Commons Attribution-Share Alike 3.0 Unported License.
Based on a work from this source