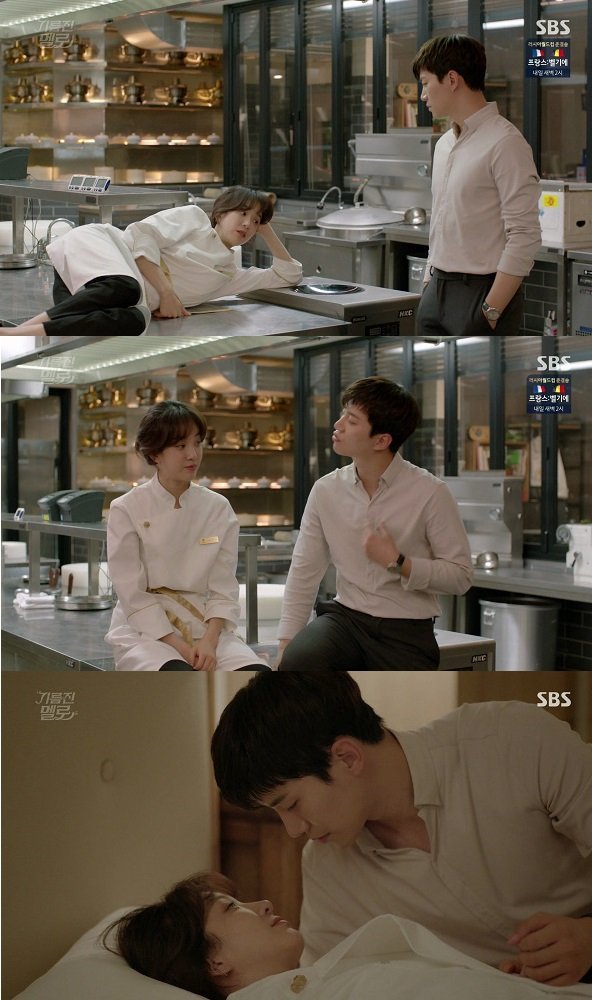 On the latest episode of "Wok of Love", Seo Poong (Lee Junho) faced an obstacle in the last cooking competition.

Seo Poong had to fight Wang Choon-soo (Im Won-hee) alone and he lost 25-27 in the lobster cooking competition.

Dan Sae-woo and Chae Seol-jae arrived late and joined him in the second round that focused on pork belly.

Meanwhile, Seo Poong started working in the hotel with everyone from Hungry Wok. However, Dan Sae-woo made too many mistakes.

However, outside the kitchen, Seo Poong was nice to her. He took her to a hotel room after work and asked her to spend a night with him.

"[Spoiler] "Wok of Love" Lee Junho and Jung Ryeo-won's Sweet Romance "
by HanCinema is licensed under a Creative Commons Attribution-Share Alike 3.0 Unported License.
Based on a work from this source