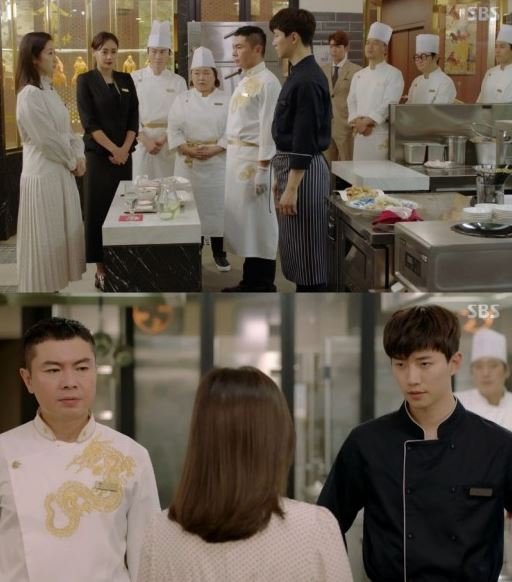 They made black noodles and fried pork in sweet sauce, or jjajjangmyun. The woman who wanted to make the reservation said they were both great cooks.

Seo Poong thanked her and looked forward to seeing her in Hungry Wok.

"[Spoiler] "Wok of Love" Lee Junho Beats Im Won-hee in Cooking"
by HanCinema is licensed under a Creative Commons Attribution-Share Alike 3.0 Unported License.
Based on a work from this source