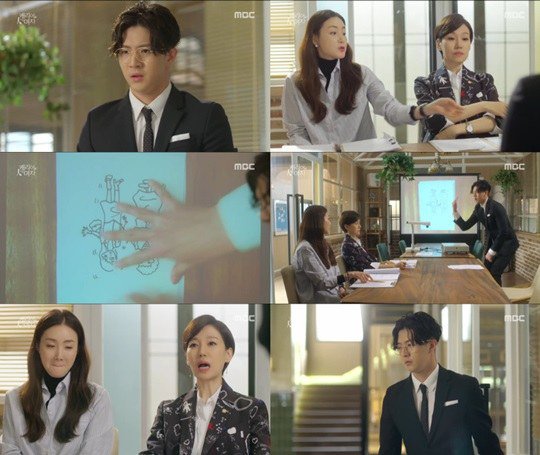 Singer and actor Cheondung appeared as a lawyer on the fifth episode of the MBC drama "Woman with a Suitcase".

Cheondung was interviewed by Goo Ji-hyeon (Jin Kyung) and Cha Geum-joo (Choi Ji-woo) at Golden Tree for a lawyer position. He was asked about a case he received beforehand and how he would handle it. He took out a picture.

However, he couldn't put out his painting right. Goo Ji-hyeon got frustrated at him but Cheondung kept being clumsy.

Cha Geum-joo spoke, "So you are going to go for the statement that she didn't intend what she did?" Goo Ji-hyeon then asked what else he was good at and Cheondung stammered.

Goo Ji-hyeon gave up and told him to wait outside but suddenly Cheondung started to rap. Goo Ji-hyeon yelled at him to get out and Cha Geum-joo couldn't help but giggle.