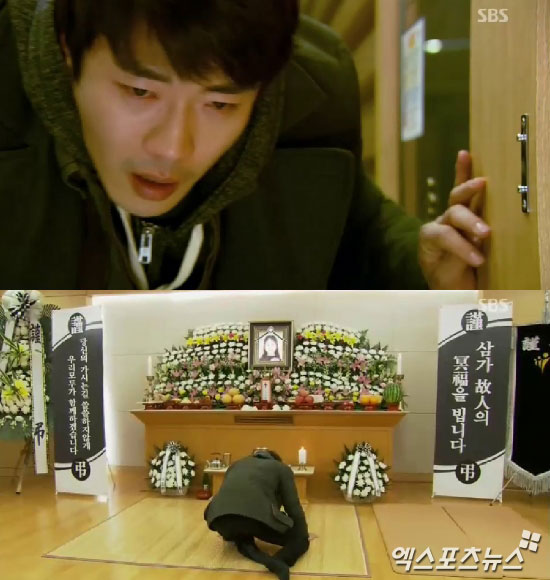 Eun-byeol (Park Min-ha) was killed when she was hit by a truck in the SBS drama "Yawang".

Joo Da-hye (Soo Ae) met her daughter for the first time since she came back to Korea. She was afraid her murder would be revealed and was planning on running away to the States with her daughter. They went shopping and had good food.

Ha-ryu (kwon Sang-woo) was in jail for 4 years for deserting a dead body.

On the day she was supposed to leave, Joo Da-hye met Baek Do-hoon (Yunho) who came to see her off. That's when Eun-byeol ran into the road to get her ball that rolled off. A truck hit her and Joo Da-hye couldn't do anything while watching this.

Ha-ryu came out from prison to attend the funeral and started crying at the news of his daughter's death.

"[Spoiler] "Yawang" Kwon Sang-woo cries in agony at Park Min-ha's death"
by HanCinema is licensed under a Creative Commons Attribution-Share Alike 3.0 Unported License.
Based on a work from this source