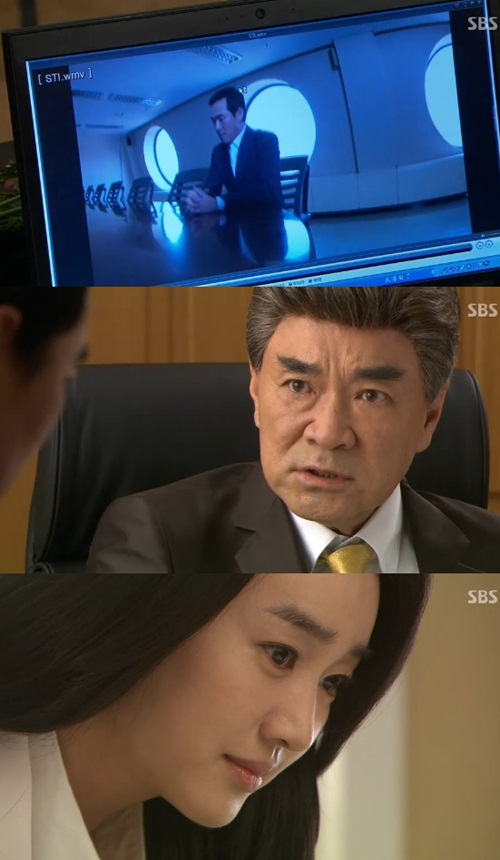 "Yawang" Soo Ae started her revenge once again now that she knows the secret between Lee Duk-hwa and Jung Ho-bin.

On the seventeenth episode of the SBS drama "Yawang", Da-hae (Soo Ae) who was driven out of the Baek house, decided to take revenge on the chairman and stole some classified documents.

In the USB drive that she stole, was a video of chairman Baek killing Park Ji-mi's (Cha Hwa-yeon) husband and covering it up as suicide. The video showed Baek and Seok Tae-il (Jung Ho-bin) promising each other this secret.

Seok Tae-il said, "Won't your sister suspect you. If it's out that he was killed by you...I want to be the mayor of Seoul". Baek replied, "She thinks it's suicide. Everything we said is recorded down here. If this gets out then we are all dead".

Da-hae planned to take revenge on Baek and smiled.

The day's scene ended with Da-hae telling Seol Tae-il to enter the presidential campaign so that she could take revenge.

"[Spoiler] "Yawang" Soo Ae finds out between Lee Duk-hwa and Jung Ho-bin"
by HanCinema is licensed under a Creative Commons Attribution-Share Alike 3.0 Unported License.
Based on a work from this source