[Spoiler] "You're Too Much" Will Kim Hyung-bum divorce Shin Da-eun? 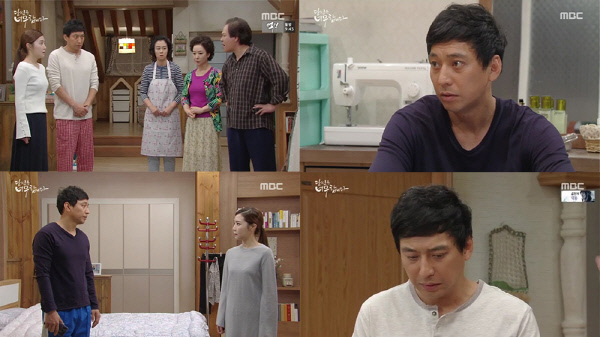 On the episode of the MBC weekend drama "You're Too Much" on the 22nd, Yeon Bong-soo (Kim Hyung-bum) accepted Jeong Hae-jin's (Shin Da-eun) divorce.

Yeon Bong-soo's sister (Lee Jae-eun) mentioned that her sister-in-law was a lecturer in the same university as the house owner who works as a housekeeper, and she also aggravated Jeong Hae-jin.

Yeon Bong-soo scolded his sister saying, "Why do you mention Jeong Hae-jin's name when you know she's sensitive about it?"

Jeong Hae-jin thought hard and in the end, she told Yeon Bong-soo, "Let's get a divorce. I'll raise Hoon". However, unlike her expectations, Yeon Bong-soo said, "Yes, let's do that. Get the papers ready and I'll sign it". Jae-eun even told her mother-in-law Baek Mi-sook (Kim Bo-yeon) that she was going to get a divorce. When she asked what she would do after getting divorced, Jae-eun said, "I'm going far away, so please don't look for me".

Meanwhile, "You're Too Much" is a drama about the understanding of time through a star singer who lives a fancy life and a nameless imitation singer.

"[Spoiler] "You're Too Much" Will Kim Hyung-bum divorce Shin Da-eun?"
by HanCinema is licensed under a Creative Commons Attribution-Share Alike 3.0 Unported License.
Based on a work from this source