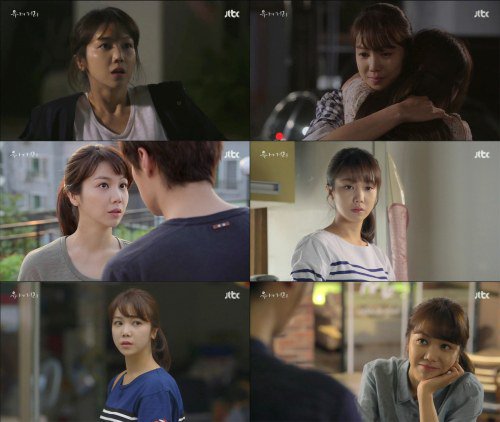 Kim Ok-vin has been a favorite amongst the public these days.

They say it's a rediscovery of Kim Ok-vin, who is acting out the role of Yuna in "Yuna's Street".

On the twenty-ninth episode of the JTBC drama "Yuna's Street", Yuna learned that the money her junior thief stole from a grandmother, was actually for her son's operation. After watching the grandmother cry about the lost money Yuna thought hard and in end paid for the operation with her own money.

Like this, the chic and blunt Yuna started showing change and now she knows how to treat people with respect and sincerity.

Another thing that draws attention is Kim Ok-vin's diverse roles from being a snatch thief and even performing action stunts. She's good enough to bring out the detailed emotions from behind the blunt character.

They say this is all thanks to her built-up career. She's constantly been starring in movies and dramas and now has a strong base in her filmography. Her mysterious looks and deep eyes allow her to play a variety of roles and open up more possibilities for her in the future.

Meanwhile, JTBC "Yuna's Street" is shown every Monday and Tuesday at 9:55PM.

"[Spoiler] "Yuna's Street" Kim Ok-vin's development"
by HanCinema is licensed under a Creative Commons Attribution-Share Alike 3.0 Unported License.
Based on a work from this source