Spotlight on Adultery Now That It's Legal 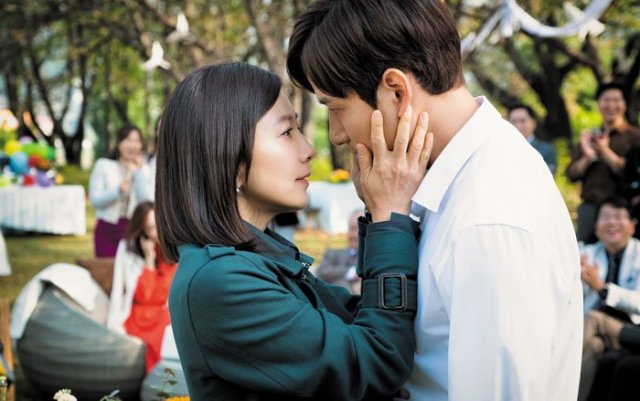 Adultery and marital strife are enjoying a vogue on Korean TV screens.

JTBC's TV series "The World of the Married", a remake of the BBC hit "Doctor Foster", has received rave reviews for its depiction of the marriages of middle-aged men and women.

Apart from the violence, people are drawn to the darker aspects of marriages gone wrong. Another popular series, tvN's "When My Love Blooms" also deals with adultery.

In a recent straw poll of 702 men and women, 30.4 percent said they had extramarital affairs -- 41.3 percent of men and 24.4 percent of women. Lawyers and couple therapists believe the percentage to be even higher because people often lie to pollsters.

The biggest reason why respondents committed adultery was that they felt drawn to towards the other person with 54.4 percent. The second most common reason with 21.3 percent was an unsatisfactory sex life at home or simply an urge for variety. Anger with their spouse ranked only a distant third with 7.3 percent. 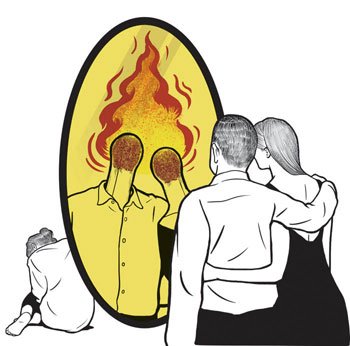 One 40-year-old woman said, "I briefly had a fling with my ex-boyfriend in the early stage of my married life, when my husband looked down on me and was being violent. But I had no intention of divorcing him, so I stopped the affair".

Psychologist Choi Myeong-gi said, "People who have affairs make a lot of excuses such as love, revenge, ennui, you name it. But ultimately, they do it because they want to have sex with someone other than their spouse. There is no adultery that's not premised on sex".

Are people who have been unfaithful more willing to forgive their spouse's infidelity? Although 34.4 percent of married people said yes when asked if they ever suspected their spouse of having an affair, among those who had affairs themselves the proportion was a whopping 73 percent.

Asked what they would do if they found out that their spouse was being unfaithful, 67.4 percent of those who had committed adultery themselves said they would either divorce immediately, separate, or use separate rooms. In other words, even cheaters cannot tolerate infidelity in their partner.

"Spotlight on Adultery Now That It's Legal"
by HanCinema is licensed under a Creative Commons Attribution-Share Alike 3.0 Unported License.
Based on a work from this source