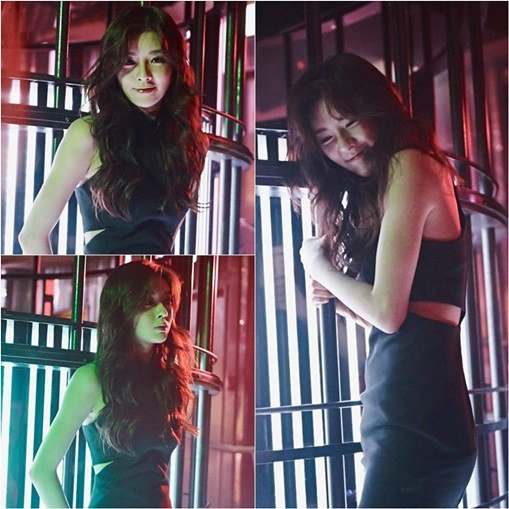 Pictures of Lee Sun-bin in the role of Jo Mii-joo in the OCN drama "Squad 38" were released on the 9th.

Jo Mi-joo became a con-woman after Yang Jeong-do (Seo In-guk) who helped her out of a multi-phase company.

Lee Sun-bin is dancing seductively in a club in the pictures. She looks like she's really into the music and she has an unreadable expression on her face. She's wearing a sexy one-piece which exposes her body line.

Meanwhile, in "Squad 38", a tax collector and a legendary conman join forces to scam delinquent tax payers of their money. The drama is written by Han Jeong-hoon and directed by Han Dong-hwa. The first episode can be seen on June 17th at 11PM.

""Squad 38" Lee Sun-bin's seductive dance"
by HanCinema is licensed under a Creative Commons Attribution-Share Alike 3.0 Unported License.
Based on a work from this source