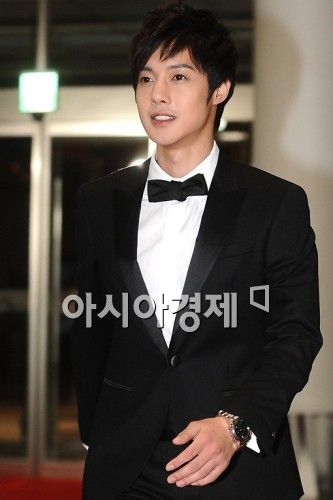 Korean singer and actor Kim Hyun-joong has been tapped to star in a TV series based on popular Japanese comic "Naughty Kiss".

"He hasn't officially signed a contract yet but he has provisionally agreed to appear in the drama", a high-ranking official at Kim's agency KEYEAST said on Friday.

Kim will play the role of "Mr. Perfect" Baek Seung-jo -- the top student, good cook and great athlete -- who later falls in love with Moon Hani, a girl at his high school who always ends up in trouble.

Producers have yet to make a decision on the female lead however. They are said to be contemplating between actress Park Shin-hye, girl group Kara member Han Seung-yeon and idol group f(x) member Sulli.

"What will be most important will be whether the actress looks good with Kim Hyun-joong. And there's a high chance that it will be someone who is popular not only in Korea but overseas as well", an official with the production company remarked.

The original comic series "Itazura na Kiss", which sold over 27 million copies in Japan, has been made into animation and TV dramas in Japan and Taiwan as well.

The romantic comedy is scheduled to air on MBC after war drama "Road No. 1" ends its run in August.

"SS501 Kim Hyun-joong to play lead role in new TV series"
by HanCinema is licensed under a Creative Commons Attribution-Share Alike 3.0 Unported License.
Based on a work from this source