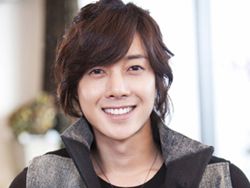 All eyes have been on the frontman of SS501, Kim Hyun-joong, over the end of his contract with DSP Entertainment. Final confirmation arrived via many major news outlets early June 29th stating that Kim has indeed decided to leave DSP Entertainment for Keyeast Entertainment. Keyeast is where many well-known actors are signed under, including Bae Yong-joon (whom Kim Hyun-joong was sighted with before the official decision was made), Park Ye-jin, Bong Tae-gyu, Lee Bo-young, Lee Na-young, and Hwanhee. Many have speculated that this decision will push him further into the acting realm.
Just because Kim has made his decision doesn't put the bigger issue to rest: what will happen to SS501? The main possible options were that the group would break up, the group woud continue without their leader, or that they would continue their group activities with Kim signed under a different agency. Another related issue is that if Kim does indeed leave the group, will there be a new member to replace him?
Amid these speculations, Kim spoke out to Sports Korea saying that SS501 will not be breaking up. He said that although the remaining members have yet to make their decision regarding their contract with DSP, there are no plans at present for the group coming to an end. He said that whether he leaves and is replaced, or stays as the group's leader, the group as a whole will go on. DSP reported that as the other members are currently on vacation, their final decisions will not be made until they return.