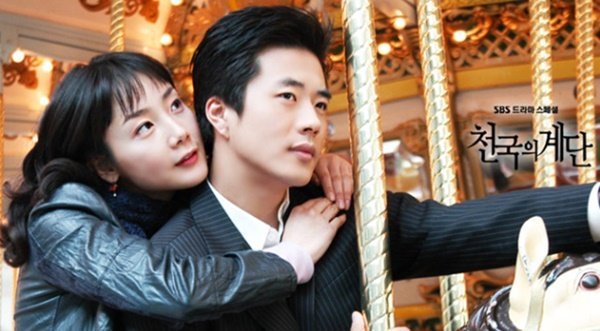 "Stairway to Heaven" is drawing attention.

According to EDGE TV, the first and second episodes of "Stairway to Heaven" were broadcasted on the 1st from 10:30AM.

"Stairway to Heaven" is a 2003-2004 drama about forbidden love that revolves around four men and women starring Choi Ji-woo, Kwon Sang-woo, Shin Hyun-joon, Kim Tae-hee and then child actors Park Shin-hye and Lee Wan. The drama recorded over 40% in viewing percentage at the time.

Meanwhile, "Stairway to Heaven" broadcasts two episodes every Monday to Friday at 10:30AM on EDGE TV.

""Stairway to Heaven" Resurfaces on Real Time Search"
by HanCinema is licensed under a Creative Commons Attribution-Share Alike 3.0 Unported License.
Based on a work from this source