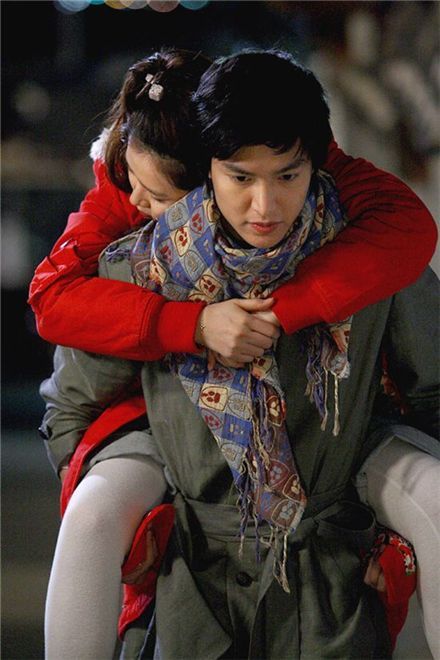 After Lee Min-ho wrapped up "Boys over Flowers", it took viewers a year to see him again on the small screen -- in the currently-airing TV series "Personal Taste". But for Lee, he had only taken a break from work for about two or three months.

"I rested really well for like two, three months. I went skiing often, watched old dramas that I had not seen, went out for lots of good food and played many video games at home".

Now that he was a top star, it was only natural that he would start worrying about his next acting role. "I didn't feel pressured but I did think that I should act well. I worried a lot too -- over whether I play a macho role next or a cheerful character. But since I am still pretty young, I wanted to portray a cheerful character".

Out of a couple dozen scripts and synopsis he had been handed during his break, Lee chose to take on "Personal Taste", a drama based on writer Lee Se-in's novel of the same name. "I don't think I have laughed so much reading a script than I did while reading "Personal Taste". That is why I chose it".

Once he had decided to star in the series, he had to focus on his acting. "I worried a lot about how I can improve my acting but that only got in the way of my acting because I started having too many thoughts. I started calculating every single movement and it would break my concentration as well. So I just decided to think about what kind of acting -- the vibe and the feel -- would bring me closer to the viewers".

In fact, the actors and crew of "Personal Taste" all went on a trip together and spent the night there, by suggestion of Son Ye-jin. "I thought she might be a little hard to approach but I saw on the trip that she was incredibly down-to-earth. We talked about the drama all night. Writer Lee Se-in was there too, so we just couldn't stop talking". (laugh)

Thanks to the passionate acting by Lee Min-ho and Son Ye-jin, "Personal Taste" is currently very popular among fans. "Personal Taste" looks to be the drama which will verify that Lee Min-ho is onto becoming a serious actor and not just a star who is a flash-in-the-pan.

"[STAR DIARY] Lee Min-ho - Part 10"
by HanCinema is licensed under a Creative Commons Attribution-Share Alike 3.0 Unported License.
Based on a work from this source