[Star Interview] Lee Yoon-ji, "The Wang Family" welcomed me to my 30's" 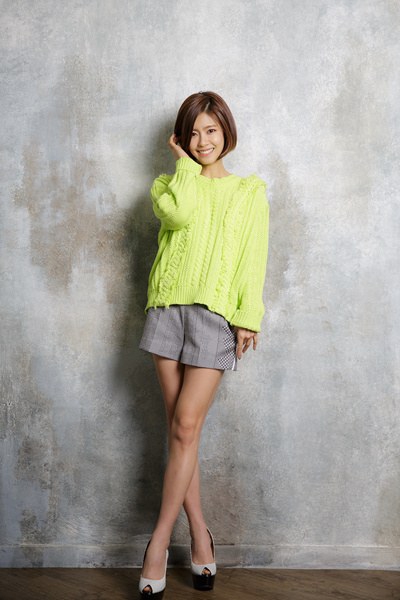 She took on the role of Wang Gwang-park, the third daughter in The Wang Family. She co-starred with her partner Han Joo-wan and made everyone come together with her romantic act.

"The Wang Family" has always been brought up for its dramatic topic and layout. The viewing percentage was phenomenal. A staggering 48.3% was recorded by Nielsen Korea. Lee Yoon-ji learned wisdom of life and drew out her life strategy during this time.

▲How does it feel to have completed a drama which half the nation watched?

Lee Yoon-ji: "I don't know. There are many channels to watch and many entertaining shows. But we created a great result and I think it's an honor to have been a part of it. This would be one of the greatest dramas out of everything I have done and will do. Even the middle aged population know who I am now".

▲On the other hand, there was a lot of 'talk' about the drama. How did you understand your character as you acted it out? Gwang-park participated in the daughter-in-law audition hosted by Dae-se's (Lee Byung-joon) father who didn't think too greatly of her.

"I wondered what it was like to love someone enough to do something like that. There was much controversy about it. I didn't think too much of it because a drama is a drama and I just wondered what I had to do. I didn't question the audition. I did think that people would show a different reaction. Gwang-park is someone who doesn't avoid things but heads straight for them. Also, in reality many things happen that can be far worse than the audition. That scene just dramatically showed that marriage wasn't easy. I think real marriage would be far worse than that".

▲What do you think about the happy ending of the characters 30 years later?

"It was very likely of the drama. It wasn't a normal one so it would've been disappointing if it was a normal ending. It was pretty surprising but the lines were amazing. The final scene ends with the line, "Not everything came true but the process was delightful". I thought of the drama as a portrayal of life. Special things happened in an ordinary family".

▲Have your views on family and marriage changed after the drama?

"It had to have affected me. I met my pure love and a strict father-in-law. I never did anything that involved so much family before. There was much to talk about. We spoke about the conditions of marriage and the gifts that we exchanged. I thought a lot about the role of a mother and realized again what a great role that was. She's the one who gives birth to the child but also rules the house. I realized work and love is important, but being a part of a family is too".

▲Many actors and actresses prefer to star in a weekday series drama. "The Wang Family" was a weekend drama and the 'dog sound' has become a trademark of yours so did you feel scared at all?

"I did worry about the role I wanted to play and about what everyone else would think about me in a weekend drama; however, actors and actresses learn. We grow up through what we learn and it's not wise to choose what genre and role we want to be in. If I am sure about what I want to act in, it just helps to build my resume regardless of genre and time. I would've thought differently if I was younger but now I've changed".

▲Do you think about your age?

"In my 20's, I always wanted to be in my 30's. Now that I am in my 30's, I feel everyone looks at me differently. I am happy that they don't look at me like a kid anymore but then again that means more responsibilities. I am also surprised to see my drama characters age as well".

▲What is your key to excellent teamwork with Han Joo-wan, Jo Jung-suk, Kangin and others in dramas and TV shows?

"They were all good co-stars. The key is to believe in them. Don't be stubborn. Think of them as right all the time and try to accept them for who they are. I don't enforce my influence to them.

▲In the drama, Gwang-park gets love and dreams. What are yours?

"I was able to draw out a plan while doing the drama. It's become my 30th birthday celebration. I thought acting was a lifetime job when I started it, not because of all the glitter behind it. I found my role models and they are Kim Hae-sook and Na Moon-hee. It was great to have seen them both in the same drama with a good opportunity. I watched "Miss Granny" by Na Moon-hee and I realized that I wasn't going to be like her, because I am too impatient; just like I had no choice but to let my 20's go, being impatient will only tire me out. The two of them have patience to meet someone they love and to have a family with them". 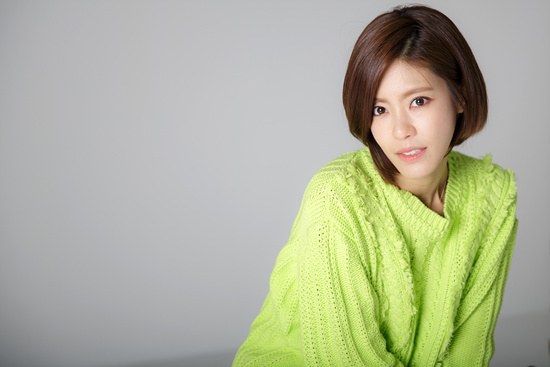 "[Star Interview] Lee Yoon-ji, "The Wang Family" welcomed me to my 30's""
by HanCinema is licensed under a Creative Commons Attribution-Share Alike 3.0 Unported License.
Based on a work from this source