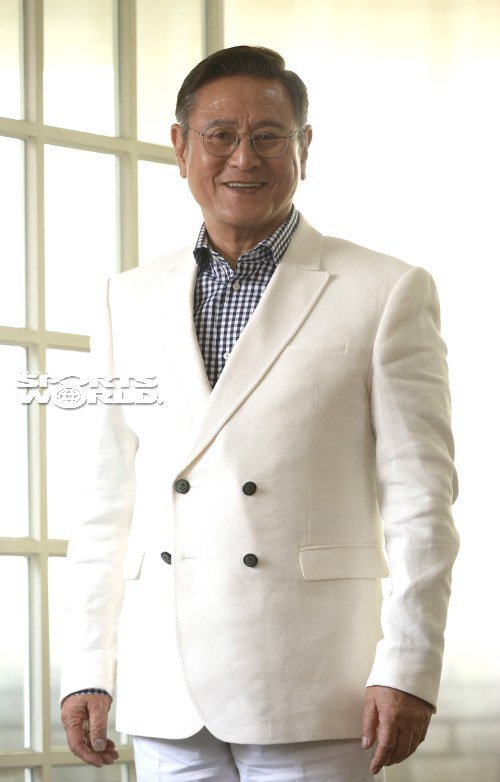 Despite his age of over 70, he still has so much passion for acting and affection for movies. He took on the lead role in the recent movie "Salut D'Amour".

"It's common for an old man like me to star in my own movie in other countries but not here. I am lucky to have been able to. I held onto this chance in my dreams in case someone tried to take it away from me. Was I going to disappear in my 70s without anyone knowing? Was I going to be active like I was before? Or was I going to be a foundation to the rising actors and actresses? It's an assignment I have to figure out. I need to sort it out before I can say anything to my underlings".

"Salut D'Amour" is the story of a grandpa named Kim Seong-chil (Park Geun-hyung) who lives alone and works at Jangsu Mart. He is an ex-marine and has a bad temper with no one around him. He also has a bad memory. One day granny Im Geum-nim (Youn Yuh-jung) moves in next door and approaches him. The owner of Jangsu Mart (Cho Jin-woong) helps Seong-chil and so do the other neighbors. Of course, that was all to get his approval for the development of the town. The lead character in all of this is Park Geun-yeong. 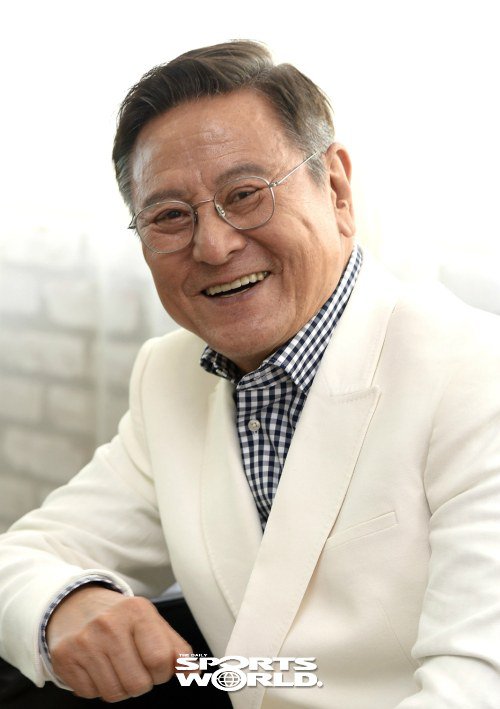 "Kim Chil-seong is a frustrating character. The movie shows what a strong person like him can become in this society. He's very picky and bad tempered. I watched myself as him at the premier. I don't monitor myself because I don't want to care about how I look on the screen. I haven't monitored myself since I was younger".

Park Geun-hyung is an actor indeed. He thinks more about how good his acting will be to the public and not how good he looks. Being a Jungang University graduate from the Department of Theater and Movies, his passion means truth. His words must be a good role model to junior actors and actresses.

"I already said this, but I acted like I did back in school. I thought about all the realistic possibilities of this character. I think about the later justifications as well. Everyone makes an 'acting plan'. It takes about 40~50 days to analyze a movie and takes about 8~9 hours to practice it every day. That's how one comprehends the character, role and layout of the movie. It's in my blood now. There's no use doing only what you are told. You must feel it from the inside and express it on the outside".

Last year, "Ode to My Father" opened up a new audience level in the movie industry. Now the elderly are an active part of the audience. Park Geun-hyung claims to go to the movie often with his wife and he put up his thumb at the mention of "Ode to My Father".

"I am one of the many people who have lived that generation so I know. We need to know how we have come this far. It's history. The movie is a welcome one as it opened another door and that's important. "Salut D'Amour" is different from "Ode to My Father". We dug into 'family' regardless of generations".

Park Geun-hyung started theater in 1958 and he's been with the public for a long time. Age is nothing to him but wine that deepens with time. We hope to see him more often for a longer time. 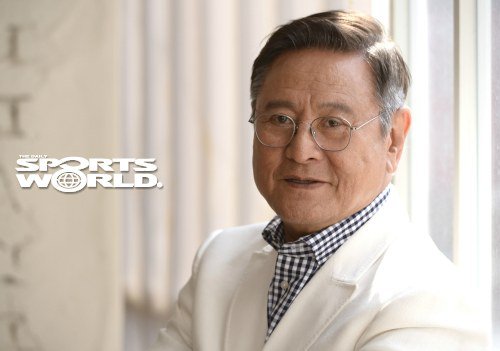 "[Star Talk] Park Geun-hyung in "Salut D'Amour""
by HanCinema is licensed under a Creative Commons Attribution-Share Alike 3.0 Unported License.
Based on a work from this source