Stars Being Released From The Military In 2012 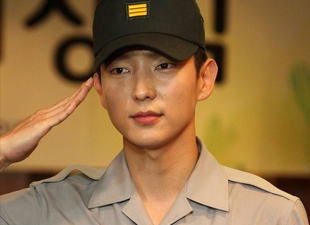 Following the discharge of actor Lee Joon-gi from the military, much attention is being focused on other male stars expected to make their returns this year.

Lee first enlisted back on May 3, 2010, having served in the public relations department in the Ministry of National Defense. He was recently discharged on February 16th, and has already been busy with a fan meeting on the same day at Sang Myung University. 2,000 of his fans came out to greet him.

Along with Lee will be actor Lee Dong-gun, making his entertainment comeback in March of this year. Kim Tae-hee's younger brother, Lee Wan will be discharged soon after in April. Lee Wan first caught the public's eye with his role in the hit drama "Stairway to Heaven" in 2003.

Kim Nam-gil will be released from his duties as a public service worker at the Gangnam-gu office in Seoul in July. He's most noted for his work in "Queen Seon-deok" in 2009.

Gang Dong-won will then finish his military duties in November, after having served at the Research Institue of Public Health & Environment. After soaring to top status in "Secret Reunion", Kang has been particularly secretive with his activities during the past two years, making fans all the more excited for his return.