Stars Born in Year of Rabbit 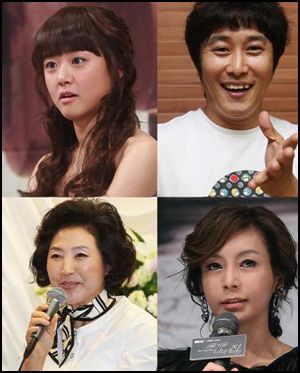 ◇ Broadcasting industry = Among stars who were born in 1975, works of comedians are expected to stand out. Comedians such as Kim Byung-man, Kim Jun-ho, Park Joon-hyung, and Kim Sook are those who will become 36 years old next year. They had already became star comedians with their appearances on live comedy programs on terrestrial broadcasting, and they will also plan to generate laughter among viewers in the next year. Among actors, Sung Hyun-ah, Woo Hee-jin, Han Go-eun, Oh Man-seok, Choi Ji-woo, Yoon Son-ha, Lee Tae-ran, and Myung Se-bin were born in the year of rabbit in 1975. And actors who were born in 1987, another year of the rabbit, Lee Min-ho and Moon Geun-young, are expected to perform brilliant exploits. Lee Min-ho is now planning to appear in the drama "City Hunter", which is based on the original Japanese cartoon, and Moon Geun-young is reportedly reviewing various movie scripts for her next work. Actor Jang Keun-suk, who appears in the drama "Marry Me, Mary!" with Moon Geun-young, was also born in 1987. Actress Han Hyo-joo, who achieved great success with her appearance in the drama "Dong Yi", and Joo Won, who had successfully introduced himself in the drama "Bread, Love and Dreams", are the same age with Moon and Jang. Actress Hwang Shin-hye, who is appearing in the drama "Home Sweet Home", and Lee Jae-yong-I, who is appearing in the drama "President", are also those stars who were born in 1963, the year of the rabbit. Hwang and Lee have something in common -- they have an extremely young appearance regardless of their age. Veteran actresses Go Doo-shim, Kim Ja-ok, and Han Hye-sook were born in 1951 and become 60 years old next year, and they all are still enthusiastically continuing their activities. Song Jae-ho, who is actively appearing in both movies and broadcasting, and Jeon Won Ju, who is still enjoying popularity with her witty way of talking, were born in 1931. 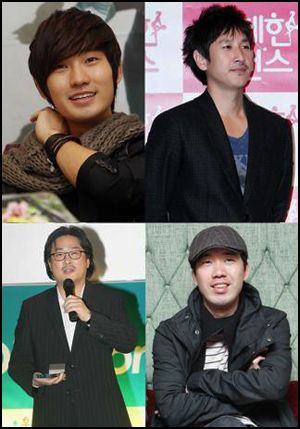 ◇ Movie Industry = Movie directors who were born in 1975 and had revealed their rising senses after reaching their thirties are noticeable. Director Jang Hoon, who had been acknowledged with his first movie "Rough Cut", and then successfully attracted 5.46 million viewers with his second movie "Secret Reunion", will come back to the movie industry with his new movie entitled "The Front Line". The movie, in which actor Shin Ha-kyun and Go Soo appear, is about soldiers of South and North Korea who have to participate in mortal combat during the ceasefire negotiation. It will be a blockbuster war movie funded by more than 10 billion won. Director Han Jae-rim, who had been spotlighted with his debut movie "Rules of Dating" and his second movie "The Show Must Go on", will also produce a movie based on the original cartoon "Trace", which has been evaluated as a Korean-style cartoon about a hero with the same title. Director Yang Joon-ik, who had garnered 23 awards in the various international film festivals with his movie "Breathless", is also one of those who were born in the year of the rabbit. Now he is filming a short movie shot with a camcorder. Director Kim Jong-kwan, who had produced "Come, Closer", is also preparing for his next work. There are also directors who were born in 1963. Director Park Chan-wook is preparing a new movie entitled "Le Transperceneige" (working title, "Snowpiercer") along with director Bong Joon-ho and preparing to advance into Hollywood with his movie "Stoker", in which Jodie Foster and Carey Hannah Mulligan appear. And director Yoo Ha, who had made "A Dirty Carnival" and "A Frozen Flower", will make a movie entitled "Howling". Among actors who were born in 1975, actor Lee Sun-kyun's activities are most anticipated. He is enjoying huge popularity with his new movie "Petty Romance", in which he acted with actress Choi Kang-hee, and he will appear in the next movie with actor Park Joong-hoon. Actress Sun-Woo Sun (born in 1975) will appear in the movie "Battlefield Heroes", which will be released early next year, and Ryu Deok-hwan (born in 1987), who had appeared in the movie "Like A Virgin", will challenge himself by appearing in a thriller movie entitled "Head". 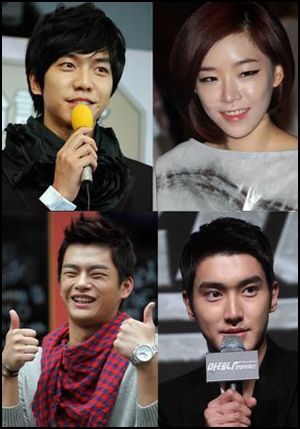 ◇ Music Industry = Singers who were born in the year of the rabbit in 1987 mostly consist of members of idol groups; they debuted as singers, but they are actually actively performing as "multi-players" by appearing in various movies, musicals, and other entertainment. Top (Choi Seung-hyun, Big Bang), Choi Si-won, Kim Ki Bum, and Ryeo Wook (Super Junior), Kim Kyu-jong, Park Jung-min-I, and Kim Hyung-jun (SS501), GO (MBLAQ), Gunil (Supernova), Son Ga-in (Brown Eyed Girls), Lee Joo-yeon (After School), Soyeon (T-ara), and the former member of 2PM Jae Park are those stars who were born in 1987. Top (Choi Seung-hyun) had taken on the challenge of acting by appearing in the drama "IRIS" and in the movie "71-Into the Fire", Choi Si-won is also appearing in the drama "'ATHENA", Son Ga-in and Lee Joo-yeon are also appearing in the sitcom drama "All my Love" and drama "Smile, Dong-hae", respectively, and Jae Park will also appear in the movie "Hype Nation 3D". Ryeo Wook and Kim Hyung-jun had appeared in musical works before. Seo In Kook, the winner of "Superstar K – Season one" last year, was also born in 1987, and successfully debuted as a solo singer with his hit songs such as "Love U" and "My Baby U". Star singers such as Maya, Harisu, Shin Jung-hwan, and Woo Seung-min in "All Lies Band" were born in 1975. Shin Jung Hwan, who had shown outstanding performances by appearing on many entertainment programs, has been caught up in controversy with the accusation illegal gambling in the Philippines in early September, and is still staying overseas, so many people are paying attention to his comeback.

"Stars Born in Year of Rabbit"
by HanCinema is licensed under a Creative Commons Attribution-Share Alike 3.0 Unported License.
Based on a work from this source