Stars off to serve duty to their country, substitutes wanted 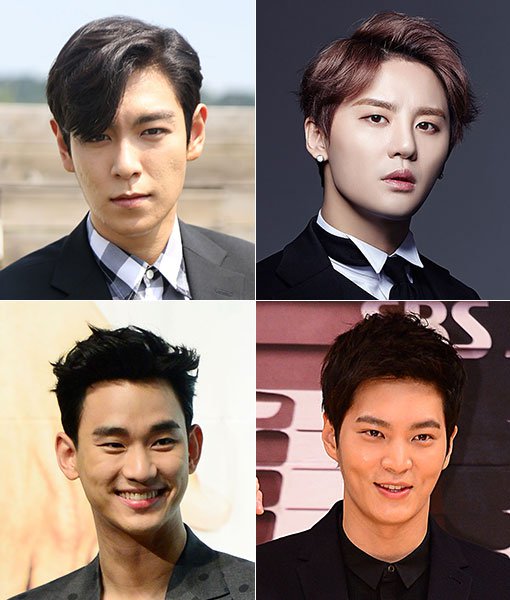 Numerous stars who have led the Hallyu Wave are off to serve their duties. Those who were born in 1987 and can't postpone their dates anymore will continue to work until the day before they join training camp. The show biz is busy looking for their substitutes.

Big Bang's TOP, JYJ Kim Joon-soo, Yoo Ah-in, Lee Min-ho, Kim Soo-hyun, Jang Keun-suk, Joo Won, Ji Chang-wook, Seo In-guk, Kyuhyun from Super Junior, Hwang Kwanghee from ZE:A - Children of Empire, Ok Taecyeon from 2PM and more are due for admittance this year. Yoo Ah-in is currently on hold as he has a record of injury from the past. Others will join the military within the year unless there are changes.

The stars who will be gone for the next two or so years, will work until the day they have to leave in order to minimize their absence. Being gone for 2 years is not a short time.

TOP and Kim Joon-soo will carry out musicals and concerts until the day before they are admitted on the 9th of February. Joo Won will star in a drama until May. Kim Soo-hyun is looking for something to do before he joins the military at the latter half of the year. He still has time but if not, he'll just do without.

Who will fill their positions while they're gone? The drama biz has found a solution; it is focusing more on those who are done with National Duty such as Hyun Bin and Yoo Seung-ho or Kim Woo-bin, Lee Jong-suk and Im Si-wan who are due next year.

"Stars off to serve duty to their country, substitutes wanted"
by HanCinema is licensed under a Creative Commons Attribution-Share Alike 3.0 Unported License.
Based on a work from this source