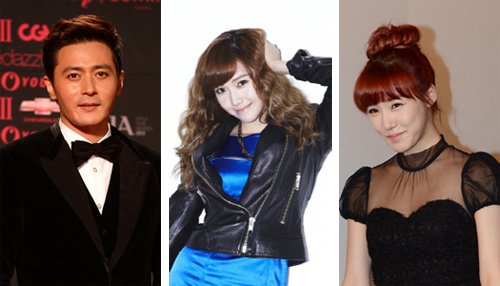 Half a dozen stars such as actor Jang Dong-gun are suing a cosmetic clinic for W120 million in damages for using their pictures without permission (US$1=W1,064).

According to the Seoul Central District Court on Monday, they include actress Song Hye-kyo, actor Kim Nam-gil, singer BoA, and Jessica and Tiffany of Girls' Generation.

The clinic in the affluent Gangnam area in Seoul posted advertisements on its website featuring their photos and names without their permission, they said.

"Stars Sue Cosmetic Clinic for Unauthorized Advertising"
by HanCinema is licensed under a Creative Commons Attribution-Share Alike 3.0 Unported License.
Based on a work from this source