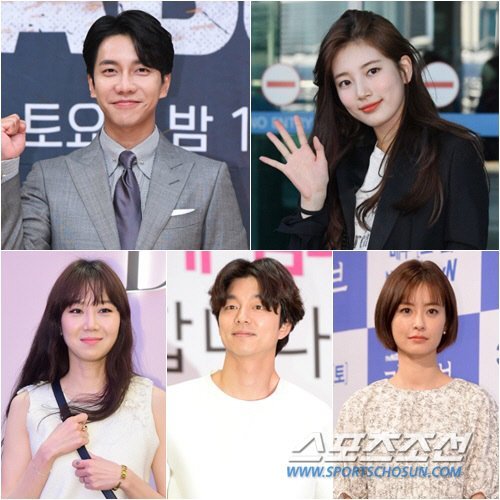 Stars won't take it anymore. They are going to go legal with keyboard warriors and rumor spreaders.

Hook Entertainment announced on the 29th through its official SNS that it has come to the conclusion that malicious comments towards their actor, Lee Seung-gi, are no longer tolerable, and have collected and handed over information regarding people responsible for these crimes to legal authorities on the 26th.

The agency added that it will continue to take legal action against anyone if any malicious slander is found, such as posting false information, insulting and defamation, and will take a hard-line response without consultation or leniency.

Lee Seung-gi had once sued about 100 cases of these malicious crimes back in 2016. All those responsible were fined and the agency didn't come to an agreement with those who begged for favors.

That's not all. Actresses Gong Hyo-jin and Bae Suzy also began their legal fight against these online critics. Their agency, Management SOOP, was determined about their decision against these keyboard warriors.

Unlike in the past, when malicious comments were regarded as the fate of stars, stars have continued to take strong legal action against these actions and rumors. As time goes by, the spreading of malicious comments and rumors increase, so both stars and management companies feel the need to respond quickly and strongly.

Just this year alone, BTS, Kang Daniel, Sun-mi, Im Chang-jung, Park Bom, Oh Hyun-kyung, Lee Min-ho, Song Joong-ki, Park Bo-gum, Song Hye-kyo, Choi Soo-young, UEE and Kim Won-hyo have taken legal measures against these malicious beings. Not only individual celebrities, but also management companies such as SM Entertainment, JYP Entertainment, Pledis, Namoo Actors and Starship Entertainment have officially stated that they are planning or are proceeding with legal action against complaints and rumors made against all their artists.