"Stop, Jeon Do-yeon!" the male actors are coming back to screen in 2008 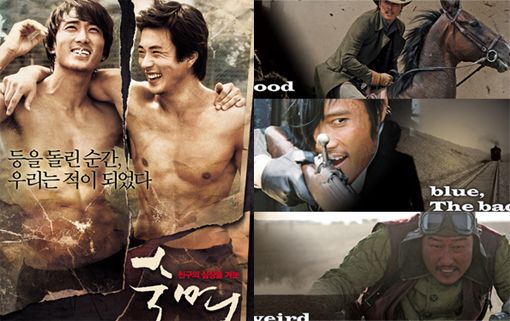 There had been true 'Woman's power' in Korean cinema this year. The 'Cannes Lady', Jeon Do-yeon, who is sweeping through all year-end film awards, is the 2007's queens of the Queen without any further questions. From "200 Pounds Beauty"'s ' Cinderella ' Kim Ah-joong; 'Shadows in the Palace"'s heroin Park Jin-hee and the returned world star Kim Yunjin in "Seven Days"; Kim Hye-soo, who never stops being one character in films such as "Tazza: The High Rollers", "A Good Day to Have an Affair", "Shim's Family" and "Eleventh Mom"; Kim Tae-hee in "Venus and Mars", who tries to take off her angelic image built from various commercial films; to the newbie Han Ye-seul with her debut film, "Miss Gold Digger". Countless beautiful female actors made their own characteristic appeals and produced good results in both local and international arena.

On upcoming New Year, the top male actors are returning to screen, already heating up the atmosphere. First of all, the two most popular Hallyu stars, Song Seung-heon and kwon Sang-woo's new film, "Fate" is to be released early next year. "Fate" is Song Seung-heon's coming back to the screen after completion of his military service. It's an action noir based on four friend's friendship, loyalty and betrayal. "Fate" is the second film of Director Kim Hae-gon, who wrote the scenario of "Failan" and directed "The Unbearable Lightness of Dating". In addition to these two top stars, other casts include Ji Sung, Kim In-kwon and Park Han-byul.

There is no other film which has greater naming value than "The Good, the Bad, the Weird" with the 'Big 3', Song Kang-ho, Lee Byung-hun and Jung Woo-sung. The film is set in the Manchuria Plain in tumultuous 1930s where the three men are chasing and being chased by each other. It is directed by Director Kim Jee-woon, who is well-known for his previous films including "A Tale of Two Sisters" and "A Bittersweet Life". Already the movie fans are excited by the Korean style Western movie produced by these four men.

Director, Kwak Gyeong-taek, who made a comeback with his latest film "a LOVE", is preparing for his next film",Eye for an Eye". Han Suk-kyu plays the role of animal-instincted police while Cha Seung-won plays a bold thief who is daring enough to steal before one's eye.

One top of this, the 'pretty boy' Jo In-sung, and Joo Jin-mo's new film 'A Frozen Flower' by Director Yoo Ha is also on 2008's waiting list. The excitement is building up largely due to the fact that these two handsome actors are in a homosexual relationship in the film.

Moreover, it's interesting to see the transformation of the 'cool guys' into 'villains'. First time ever in his acting career, Kwan Sang-woo play the villain who betrays his friend; while Lee Byung-hun plays as a hired murderer, 'the Bad'; and Cha Seung-won as a cold-hearted criminal. They are determined to give a double pleasure to the movie fans through their new transformation.

""Stop, Jeon Do-yeon!" the male actors are coming back to screen in 2008"
by HanCinema is licensed under a Creative Commons Attribution-Share Alike 3.0 Unported License.
Based on a work from this source