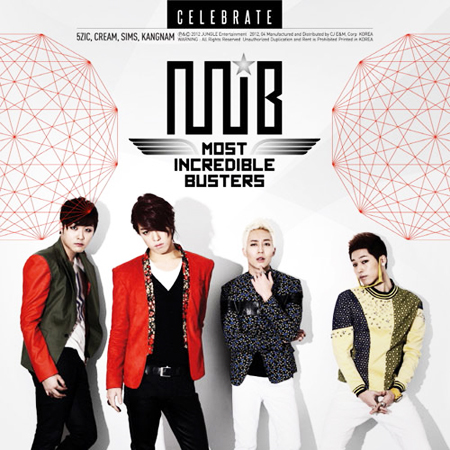 MIB, a hip-hop group, have cancelled all engagements to mourn the unexpected death of their stylists.

The victims, identified only with their last names Song and Jin in accordance with the press law, died in a fire Thursday at around 4 a.m. in their apartment in Sinsa-dong, southern Seoul. A third individual, Kim, living in the same premises incurred severe injuries and has been under treatment since.

The cause of the incident was unknown at the time of reporting, according to a Gangnam Fire Station official.

The foursome signed to Jungle Entertainment, agency owned by hip hop music mogul Tiger JK, was scheduled to record their comeback appearance on MNet's "M! Countdown" music show on the day of the incident. None of the members were present at the scene.

Their single "Celebrate" was released on- and offline earlier Thursday as scheduled.

The group has now backed out of all other prior arrangements this weekend and has yet to disclose future plans.

MIB made their debut last November as a hip hop act.

"Stylists' death halts MIB's comeback"
by HanCinema is licensed under a Creative Commons Attribution-Share Alike 3.0 Unported License.
Based on a work from this source