Subway passengers halt when So Ji-sub gets on board 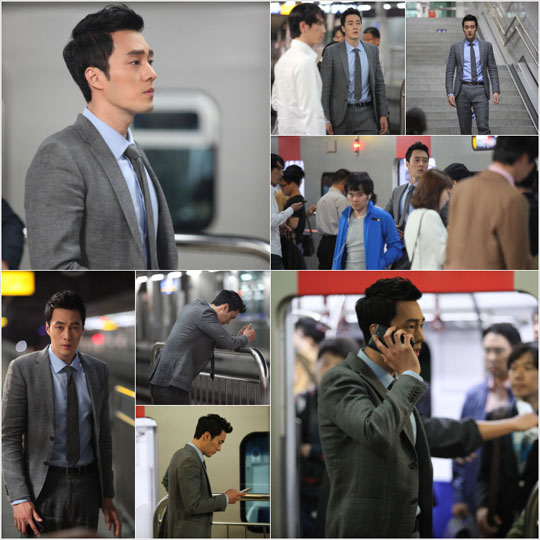 Actor So Ji-sub caused a halt in the subway.

Part of the subway station came to a halt when So Ji-sub appeared to take part in a scene for the upcoming SBS drama "Ghost - Drama".

Many stopped their tracks to catch a glimpse of So Ji-sub who was running all about the station.

He wore a sophisticated looking grey suit on this day and started acting with control and charisma and caused those watching around them to 'ooh' and 'ah' in awe.

It is said that there was difficulty trying to capture the right moment for the drama to get a scene of the train coming in.

In addition, the running time between the trains was usually long for this line so every time there was an NG, there followed a wait of over 10 to 20 minutes. Despite the fact that the scene was shot for over 10 hours, So Ji-sub didn't show signs of exhaustion and ran around busily.

Meanwhile, So Ji-sub is taking on the role of Kim Woo-hyeon a cyber investigator in the drama "Ghost - Drama".