Sulli breaks up, in need of support 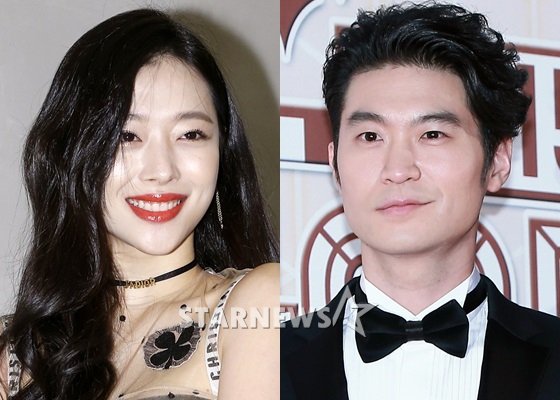 Sulli, and Choiza are no more.

They broke up recently according to Star News and their agencies have confirmed it.

Their relationship was quite an issue due to the age gap and Sulli posted pictures of their love regularly. They seemed very loving of each other in every picture.

Maybe that's why their break up is of such shocking news. Criticism is pouring out on both sides along with words of comfort on their SNS.

Sulli is being lashed out on for her SNS activities. She was overly excessive on her SNS and it's all now coming back to her now that they've broken up. Choiza is being criticized for having broken up with a girl who is 14 years younger than him.

Their break up is nothing special. It's just a guy and a girl who have decided to part. Regardless of what their jobs are, they might be in pain right now. Criticizing them only makes it worse.

Choiza acknowledged that they broke up on the 6th and said, "We have decided to keep the good times we had as memories and go on with our lives".

"Sulli breaks up, in need of support "
by HanCinema is licensed under a Creative Commons Attribution-Share Alike 3.0 Unported License.
Based on a work from this source