Sully absent for the promotion of "Fashion King" 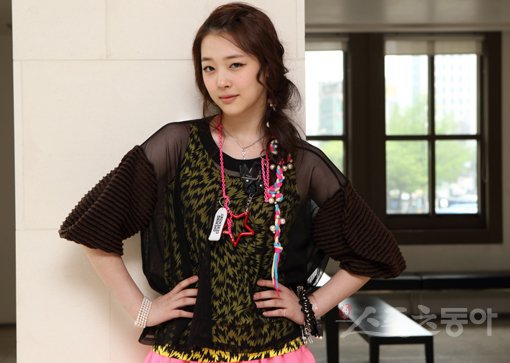 She didn't show up for the promotional events of "Pirates" and "Fashion King - Movie" even though she's the leading actress. It's unusual for the main actress to be 'absent'.

Sulli's first leading movie "Fashion King - Movie" is preparing for release in October. It's a romantic comedy based on an original web-toon starring Joo Won and Sulli. The web-toon itself was very popular so the movie version of it was a big issue and so was the fact that it was Sulli's first leading role.

However, Sulli had announced suspension in July. She'd been suffering from rumors and negative comments online. Thus, she didn't appear for the "Pirates" and "Fashion King - Movie" promotions.

The responsibility of stars leading in a movie has become bigger as there are various ways to promote a movie. There are also reports that her 'absence' is disappointing. Still, it seems impossible for her to participate in any of the promotional events.

"Sully absent for the promotion of "Fashion King""
by HanCinema is licensed under a Creative Commons Attribution-Share Alike 3.0 Unported License.
Based on a work from this source