Sully, Im Si-wan and Lee Joon on the screens 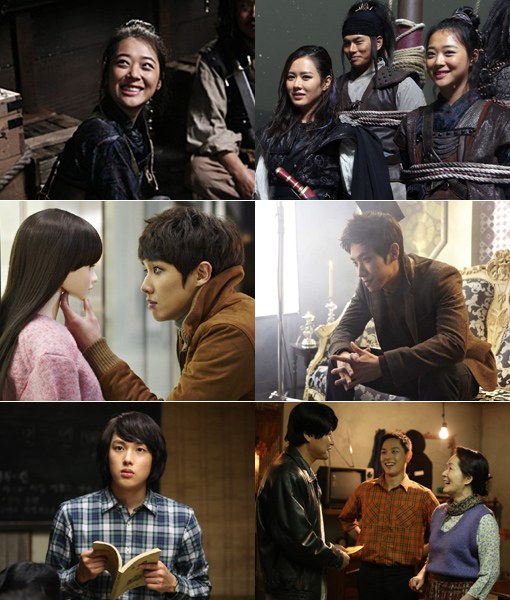 3 idol stars have attached wings in the screens.

FX's Sulli (Sully), ZEA's Im Si-wan and MBLAQ's Lee Joon are being acknowledged as the few very potential actor and actress in real movies. What they share in common is that they didn't try to take over the lead roles from the beginning but started off from supporting roles.

Sulli is attempting in the blockbuster movie "Pirates". She then starts filming "Fashion King - Movie" after that as the leading role and will be busy without a break.

Im Si-wan is also quite the busy one after making an 8 million hit with his debuting movie "The Attorney". He's been refusing to star in easy movies that are relatively easy to land safe in the zone and decided to go with the serious and heavy subjected "The Attorney" with Song Kang-ho and Kim Young-ae. We can say that he's successfully made it with his debuting film and is not reviewing "Night Study".

Lee Joon who chose a different path from the other idols with "Rough Play" is also likely to star in the movie "Veteran" this year. He played a daring role full of humanly passion and desire in "Rough Play" and this time "Veteran" is a criminal action movie. The role of the wealthy boy he's been offered is one full of nastiness and is expected to emerge with a completely new character.

These 3 have been affected by Choi Seung-hyun (TOP) and Bae Suzy who have already made it successfully into the film industry. It's thanks to them that actors and even producers are attempting at something far more daring.

At the same time, many are welcoming the challenges accepted by young actors and actresses in their 20s. However, it's reality that there are fewer ones in their 20s than the 30s~40s. Idols come with skills and popularity.

"Sully, Im Si-wan and Lee Joon on the screens"
by HanCinema is licensed under a Creative Commons Attribution-Share Alike 3.0 Unported License.
Based on a work from this source