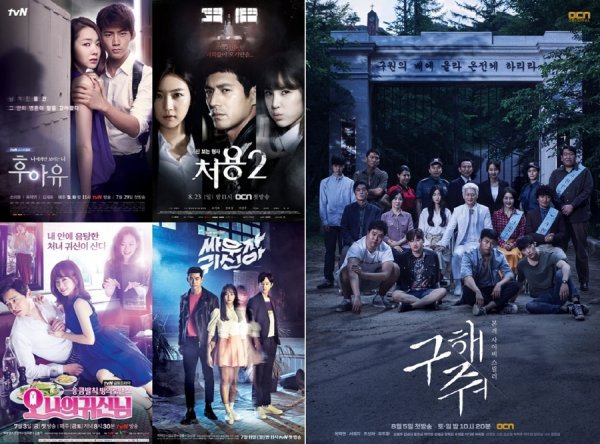 OCN drama "Save Me" is about to make the hairs stand on your body.

"Save Me" is a drama based on a false religious group in which four men struggle to save their beloved first love. This is the first drama to balance false religion.

"Save Me" continues to keep together the reputation cable dramas have in using shocking elements. The start was "Who Are You", a ghost mellow drama on tvN. A woman awakes from a coma and is able to see ghosts and it was also known as the Korean version of "The Ghost Whisperer".

OCN drama "Cheo Yong: The Paranormal Detective" was next as it was about a detective that could see ghosts and solve cases with clues from his paranormal friends. The second season of the drama was also a great hit.

"Oh My Ghostess" is about an assistant chef who helps people with unfinished business. There was romance involved in the drama, creating a new drama genre of 'sweet, thrilling and romantic'. "Oh My Ghostess" holds he record of 8.5% in viewing percentage.

Lastly, "Bring It On, Ghost" is about a shaman who fights ghosts for a living and a teenage ghost who has unfinished business in the human world. It was a thriller meets comedy drama with enough CG and ghosts as well as social messages to those who write rude comments online.

"Save Me" is the hidden card that will continue this history of ghost stories. It differentiates itself from previous 'ghost dramas' with a realistic false religious clan, therefore increasing engagement.

Meanwhile, "Save Me" is a cyber thriller drama that begins on the 5th of August at 10:20PM.

"Summer breakers this year "
by HanCinema is licensed under a Creative Commons Attribution-Share Alike 3.0 Unported License.
Based on a work from this source