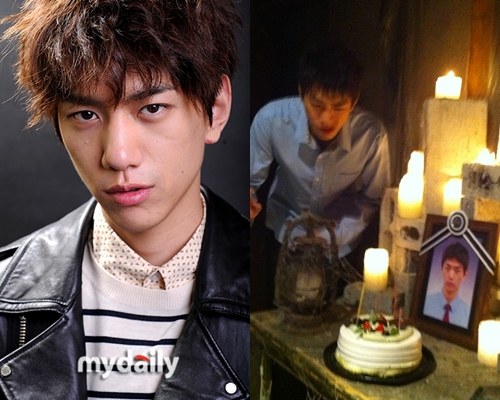 Actor Seong Joo received a memorial ceremony on his birthday.

Sung Joon takes on the role of Yoo-jin, a rebel and leader of a secret study group in the movie "Pluto".

He had a birthday while filming the movie but there was also a scene of his funeral on the same day.

He took pictures of this ironic episode and posted online. The picture shows him solemn faced in front of his own picture with a birthday cake sitting in front of it.

"Pluto" is about a boy who struggles to join a secret study group which is only joined by the top 1% of a private school but he turns into a monster when he finds out a shocking truth. To be released in November.

"Sung Joon's birthday episode "
by HanCinema is licensed under a Creative Commons Attribution-Share Alike 3.0 Unported License.
Based on a work from this source