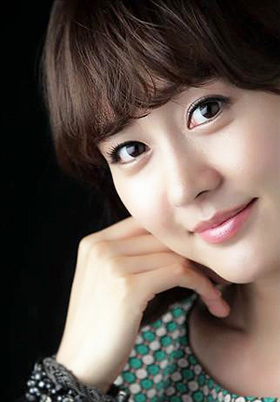 "At first, I thought that if I could have 10 billion won, I would be very happy. But actually gaining something for free is very uncomfortable. I felt good in the beginning of filming, but as time went on, and as I became engaged in troubles that happened due to money issues, I became wearied in the end". – Sung Yu-ri 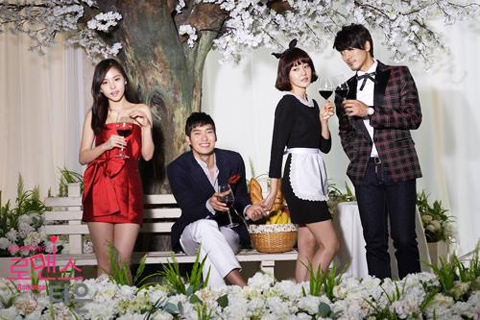 Actor Sung Yu-ri (30), who has experienced dramatic ups and downs after winning a lottery of 10 billion won in the drama "Romance Town", said with smile, "If I do not earn money with my own efforts, too much money does not seem to bring happiness even in reality". She played a maid named Roh Soon Geum who had lived in a morass of poverty and suddenly hit the jackpot, and her acting in the drama was highly praised. She came to Euljiro on July 18 for an interview. She said, "I felt sorry in the beginning because the viewer ratings were not that high. But I think that I would have become arrogant if the viewer rating were high (laugh). Our drama was very good and our teamwork was even better". As she mentioned, "Romance Town" presented something uncommon. The average viewer ratings were only 10.4 percent, but the drama was different from the usual romantic comedy drama as it presented unique stories of maids working in rich people's houses and the rich people were portrayed as full of vanity. Regarding the process of telling those unique stories, the "forever fairy", Sung Yu-ri, transformed into a completely different actress. She had already revealed the possibility of such a transformation when she appeared in the KBS drama "Hong Gil Dong" by playing a naïve and simple character named Lee Rok, and this time, she presented a new possibility of transformation while breaking her previous images of a princess and fairy by playing a strong maid. Sung Yu-ri said, "I have played the role of a daughter from a rich family and a princess only one time each, but people tend to associate me with such images. I can guess that is because I have not been a good actress so far. I am actually not feminine nor modest. I am rather clumsy and I am not a detailed-oriented person. 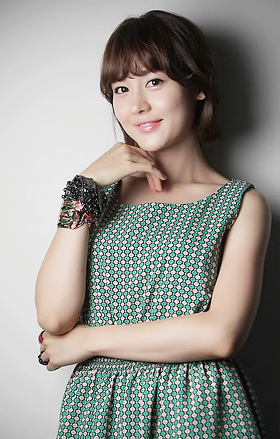 My close friends told me after watching my images on TV that I was very pretentious (laugh)". Even though she denies it, she has had an image of innocence and tenderness since her debut, and those images have not changed at all. Sung Yu-ri said, "I am not a kind of good person, but I want to become a good person. I am obsessed by the thought that I have to be portrayed as a good person, so I try to maintain a smile all the time in any situation. I smile even though I am very much distressed, so sometimes I can actually realize that I am very pretentious. I debuted thirteen years ago, but I am still shy with strangers, and some people criticize me that I build barriers to them. But actually I think that I have come to gain expertise from my thirteen years of experience in the entertainment industry. I can do things slyly and I have come to have wisdom. I used to fall down and give up when some difficult situation happened to me before, but now I know that those bad times will disappear soon and I can endure those difficult situations". 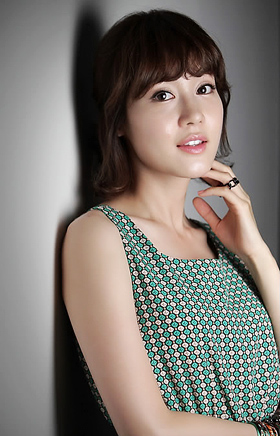 She transformed into an actress from 2002, and she has appeared in many works such as "Bad Girls", "Love of Thousands Years", "First Love of a Royal Prince", "One Fine Day", "The Snow Queen", "Hong Gil Dong", and "Swallow the Sun". She belonged to a top singing group when she was a member of "Fin.K.L", but she has not become a top actress yet. She said, "I have gone through an ordeal because I could not easily achieve my goal. But I was able to be motivated by this ordeal. I am thinking that I will marry when I can achieve my goal. 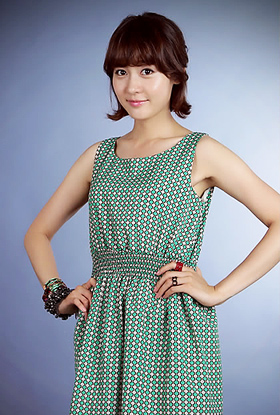 I become more excited and passionate about acting, and as I grow older, my passion towards acting is only growing. When I watched movies such as 'Black Swan' and 'La Vie en Rose', I really wanted to act like those actresses. I will try to present acting that I can express with my body. I also want to present action scenes, but nobody gives me an opportunity even though I am not that bad at physical activities (laugh)". Sung Yu-ri, who turned thirty years old this year, said with a smile, "When I became thirty, I was sad. It was like the end of something. I was in despair as things seemed to fall from virtue. People around me told me that those thoughts would disappear soon, and I really could actually forget about those thoughts after several months. Suddenly, I realized that the world was so beautiful (laugh). I can experience more and enjoy something new as I am in my thirties, so I like this moment, and people do not say, 'You are such a young girl and you do not know anything' to me anymore". She revealed that she wants to experience a new world. She said, "I want to meet new people and I want to be exposed to a completely unfamiliar environment. I want to break away from my routine. I think that I have kept myself inside too much. I tend to choose works to appear in as if I were choosing a boyfriend, but I will not choose like that from now on. I want to appear in many works and I want to learn many things as much as possible". 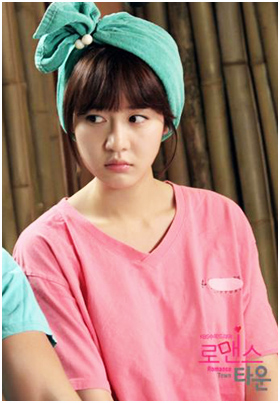 At the conclusion of "Romance Town", five maids divided 10 billion won of prize money evenly, and Soon Geum's boyfriend, Gun Woo (Jung Gyu-woon), who went to the US, came back to Korea as a millionaire. Do they live happily ever after? Sung Yu-ri said, "Gun Woo earned 100 billion won, but he kept that fact a secret from Soon Geum, so I think that they will begin another battle (laugh). The second season of the drama seems ready to begin. I have actually won the lottery with prize money of 10,000 won, and it was the best prize so far. I could handle a huge amount of money while filming. But as the drama delivered the message, love is more important than money. I do not think that money can bring happiness".