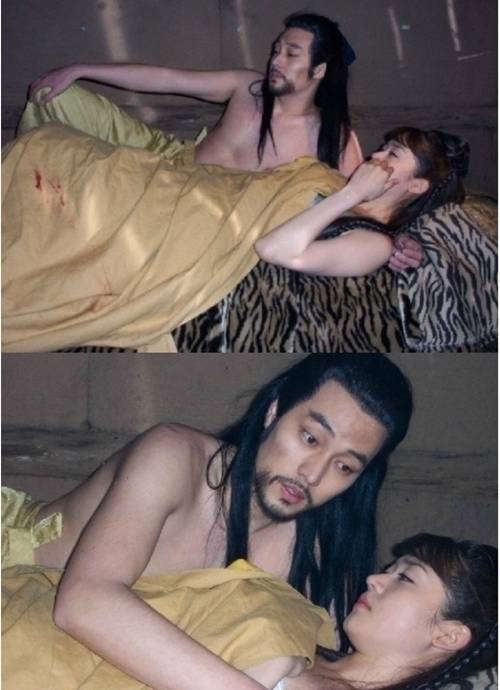 Actress Sung Yu-ri's bed scene with actor So Ji-sub 9 years ago has become an issue.

A picture titled, "So Ji-sub and Sung Yu-ri in bed 9 years ago" was posted online recently.

The picture is from an SBS drama "Love of Thousand Years" 9 years ago. The two are laying under the covers with their shoulders revealed and their faces show they don't know what to do.

So Ji-sub has been made up with a beard like never seen before and looks funny.

Those who have seen this say, "They were so youthful", "Sung Yu-ri was a princess 9 years ago!", "So Ji-sub looks the same now" and more.

Meanwhile, Sung Yu-ri starred in last month's MBC drama "Feast of the Gods" and So Ji-sub is currently in the SBS drama "Ghost - Drama ".

"Sung Yu-ri's shocking bed scene with So Ji-sub 9 years ago"
by HanCinema is licensed under a Creative Commons Attribution-Share Alike 3.0 Unported License.
Based on a work from this source