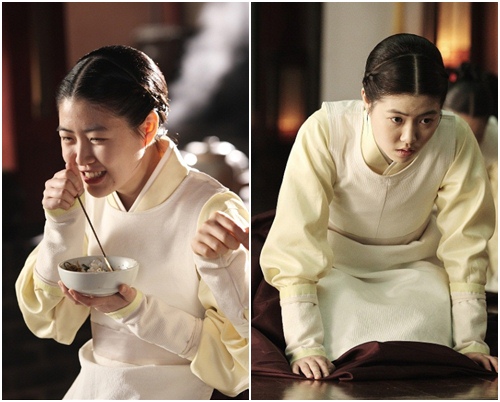 Actress Shim Eun-kyung is coming back with "Masquerade".

Well known for her dialect cussing in the movie "Sunny - 2010" from last year, Shim Eun-kyung is standing side by side with Lee Byung-hun, Ryu Seung-ryong, Han Hyo-joo and other big stars.

Shim Eun-kyung takes on the role of Sa-wol, a palace maid who was separated from her family when she was young and sold to the palace at a young age. Sa-wol treats Ha-seon (Lee Byung-hun) who is in place instead of Gwang-hae (Lee Byung-hun) with care and warmth and keeps his secret. She is also one of the important characters that help him voice out as king.

Shim Eun-kyung said, "I wanted to try out this role more because of the interesting scenario. I was attracted to the purity of the character. I hope I can learn a lot from the senior actresses and actors in this drama and mature to be like them".

Her performances is to be expected amongst Lee Byung-hun who is attempting at a historical for the first time, Ryu Seung-ryong who takes on the role of Heo Gyun and Han Hyo-joo who just can't get enough.

Meanwhile, "Masquerade" is about a slave who enters the palace as king instead of the real one. It is directed by Choo Chang-min and will be released on Chuseok this year.

"Sunny Shim Eun-kyung in "Masquerade" with Lee Byung-hun and Ryu Seung-ryong"
by HanCinema is licensed under a Creative Commons Attribution-Share Alike 3.0 Unported License.
Based on a work from this source