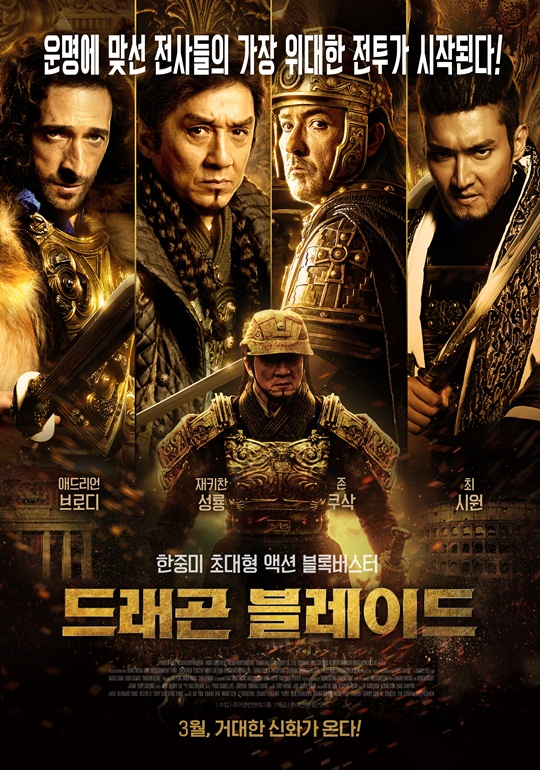 The main poster of "Dragon Blade" featuring Choi Si-won along with Jacky Chan and Hollywood actors, has been released.

Singer turned actor, Choi Si-wan shows off perfect presence as an actor next to the Hollywood stars, John Cusack and Adrien Brody.

The slogan on the movie poster: 'The greatest battle of the warriors facing destiny begins", is catching the eye of many potential movie-goers.

Dragon Blade depicts the friendship between the Roman general who fled to China and a Chinese General and their battle.

The movie has been drawing attention since pre-production because of its star-studded cast, including Jackie Chan, John Cusack, and Adrien Brody. Super Junior Member, Choi Si-wan's participation in the film also has been drawing the attention in Korea.

The movie will be released on March 12th of this year in Korea.