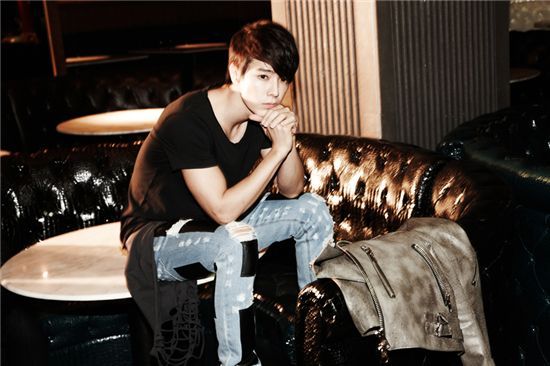 The show's promoter J Story announced in a press release that Donghae (Donghae) is the latest singer to join the cast of the upcoming Monday and Tuesday drama tentatively titled "It's Okay, Daddy's Girl".

Donghae (Donghae) will be playing a character named Choi Wook-gi who is a tough and earnest guy who joins CNBLUE member Kang Min-hyuk's character in a band.

"I am nervous and excited since this will be my first time playing a role in a drama so I will work hard and hope to do my best", Donghae (Donghae) was quoted as saying.

"It's Okay, Daddy's Girl", about a girl Eun Chae-ryong (played by Moon Chae-won) who makes sacrifices to help her family after her father's accident, will premiere on November 22 after "Doctor Champ" finishes its run.

Donghae (Donghae) made his debut in the 13-member boy band Super Junior in 2005, releasing their first album "SuperJunior 05".

He recently made a special appearance at a Girls' Generation concert, taking the stage with member Jessica's solo performance of the song "Barbie Girl".

"Super Junior member Donghae cast for new drama "
by HanCinema is licensed under a Creative Commons Attribution-Share Alike 3.0 Unported License.
Based on a work from this source