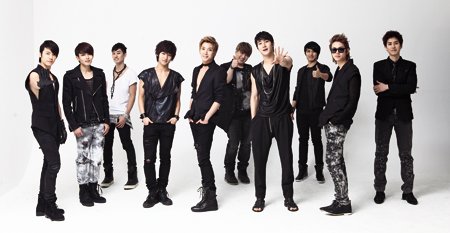 This is the 11th in a 15-part series on the stars and trends in "hallyu" or Korean wave, which is gaining global popularity in Southeast Asia and Latin America. The Korea Times produces this special project in cooperation with the Korean Foundation and CJ E&M. - ED. 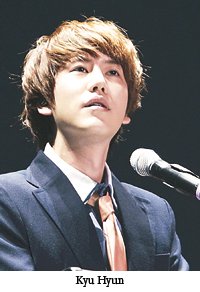 Young K-pop fans may have killed for the chance that we've had: to walk backstage on M Countdown, a popular cable television music program.

Stepping inside Thursday, we saw immaculately-styled Sung Min, a member of Super Junior, whiz by us. Then up ahead, in the room with a paper sign showing the group's name on the door, there was Shin Dong having his violet-colored hair styled up, as Si Won stepped out and with a manner worthy of a world star said hello to his interviewers.

With its 10 members executing dance moves and addictive tunes in perfect unison, Super Junior is topping the charts in Korea, Taiwan and China, and selling out seats in the 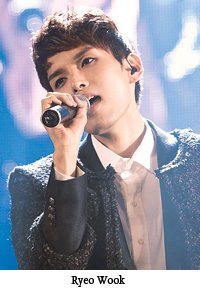 Tokyo Dome. But that hasn't stopped the group and its talented members from evolving.

When they debuted seven years ago, they were still veyr much music and fun loving boys with the youngest Ryeo Wook in his late teens.

But up close in 2012, after the July release of their sixth album, the Super Junior we met were confident, suave young men evoking the album's title, "Sexy, Free & Single".

"Yes, we thought about slowing down on activities like appearing on entertainment programs, or acting or other things. But it's our appearances that have propelled us, in a synergistic way with our 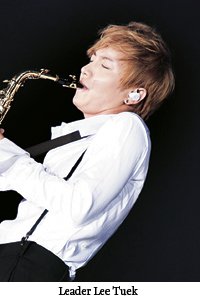 music, to our current popularity", said Leeteuk, the leader of the group. "We want to be able to continue as Super Junior for a long time to come; we would like to be national idols so I don't think we will be slowing down on non-music activities".

In Korea, young popular K-pop stars are known as "idols" (pronounced ai-dols) in reference to their cult-like popularity. Super Junior commands some very devoted fans not only in Korea but throughout much of Asia.

"Allow me to speak frankly. We have no rivals in Southeast Asia, and in particular in China", said Ye Sung with a deadpan look. There is however a glint of humor in his eye, making one wonder if he's partly laughing and joking about his own success. 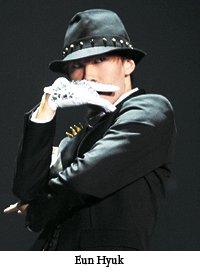 "I think the fans like our approachability and our good looks", said Lee Tuek.

"I've read a lot of what foreign fans write on Internet. That's what they said, that we're good looking", Eun Hyuk chipped in. It's at this point that they make it obvious that they are joking and bantering among themselves, having a good time in knowing that their hard work over the past several years has paid off.

Since their debut in December 2005, they have worked doggedly not only in music but appearing in popular entertainment programs to increase the group's exposure. They also performed in Southeast Asian markets, where other big-name groups like TVXQ were cautiously knocking on doors.

"In the early 2000s, not many Southeast Asian nations were open to K-pop concerts. 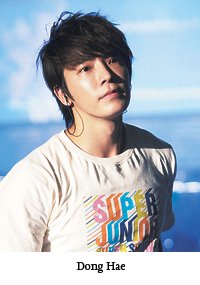 But after our performance, things changed. You can say that K-pop grew as we grew", Lee Tuek said.

Where does this confidence come from? It doesn't only stem from knowing when Super Junior visited Thailand in 2006, they wreaked havoc at the airport which their fans deluged to prompt a near-"emergency" crisis. The power of the universality of music, heightened interest in Korea and collaboration with leading world musicians and choreographers also helps.

"We also work with the world-class talent on our music", the leader added expanding on how the group's 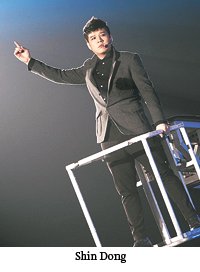 songs gain fame worldwide. The choreography for "Sorry Sorry" was created by Nick Bass and for "Sexy, Free & Single", the choreography was done by Devin Jamieson.

The fact that they have the most members - a total of 12, but currently only 10 are active as Hee Chul is serving his military duty while Ki Bum is focusing on acting - works to their advantage.

The vivid individual activity of each member is what keeps the fans focused. By pursuing different interests, the members are showing to fans qualities that can get buried in the group. 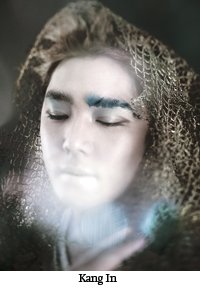 appear in entertainment programs as emcees and also as guests.

"I would like to be a next-generation MC", Lee Tuek stated boldly, only to laugh sheepishly when we noted how his eyes were burning with ambition. In a separate email answer, Kyu Hyun also did not hide his ambition of becoming the same. Members such as Si Won, Dong Hae and Ye Sung are focusing or want to focus on acting. Sung Min is nurturing dreams of starring in more musicals.

"I would like to represent the face of Korea; so that people know there is a Choi Si-won in Korea", Si Won said.

Kangin, who has just returned from military service, said he would like to further grow in musicals and music 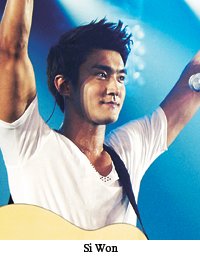 writing, which was also the dream of the youngest member, Ryeo Wook in the separate email interview.

However, they are not hanging up their coats on music in any way. They will perform in Jakarta on Sept. 22 as part of the "SM Town Live World Tour". For more, visit visit www.enewsworld.com.

Who is Super Junior

With a straightforward, confident character, Super Junior is known for hits such as "Sorry Sorry" and "It's You".

Currently the group consists of 10 members. Hee Chul has been serving his military duty since last September. Ki Bum is on a temporary leave to focus on his acting career. He had appeared in tvN's drama "I Love Italy" with actress Park Ye-jin.

Other changes of the group members included Kyu Hyun joining in 2006 and Chinese member Han Geung, 28, officially leaving as of September 2011.

Each member is truly passionate about music and has taken a variety of training programs including dance and emcee classes to improve themselves and pursue other career opportunities. Lee Tuek and Shin Dong have emceed a number of television shows - Lee for MBC's "Jewelry House" and tvN's "5,000 Questions" while Shin took the microphone for Mnet "The Beatles Code Season 2"and MBC's "Show Champion".

They made a successful debut in December 2005 with the studio album "Super Junior 05". Since their first release, the boys have endeavored to become a leading group by setting trends and constantly trying new things. Last year the boy band topped various music charts in Korea and overseas with their 5th album "Mr. Simple". The most recent studio album titled "Sexy, Free & Single", released in July, attracted much public and media attention for their soulful house music.

The idol group has also proved popular in many Asian countries including Japan, Taiwan and China. Super Junior-M, a subgroup branched off from Super Junior, made a debut in April 2008 with the release of the studio album "Me". A modified version of the album was released in Hong Kong, Singapore, and Taiwan in May 2008. Since the debut, the group has swept numerous awards including "Asia's Most Popular New Group" at the Music King Awards in 2008, "Most Popular Group" at the China Music Festival in 2010 and Popular Group" at the Taiwan HITO Music Awards in 2012.

Other accolades include the grand prize at music awards such as the 24th Golden Disk Awards in 2009 and the 21st Seoul Music Awards this year. A world tour "Super Show 4" in cities worldwide - including Seoul, Osaka, Taipei, Singapore, Macau, Bangkok, Paris, Shanghai, Jakarta and Tokyo - began last November for six months.

Super Junior will perform in Jakarta on Sept. 22 as part of the "SM Town Live World Tour".

"Super Junior reigns supreme"
by HanCinema is licensed under a Creative Commons Attribution-Share Alike 3.0 Unported License.
Based on a work from this source