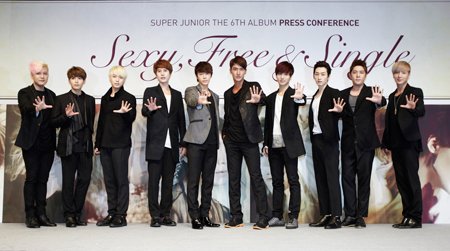 K-pop band Super Junior will release a photo book "Super Junior in Paris, Series 4" to celebrate their seventh anniversary in the music business next month.

"Their photo book will be published throughout Asia on Nov. 6", said the boy band's management company SM Entertainment Tuesday.

The group has been promoting its sixth album "Sexy, Free & Single".

The band traveled to Kuala Lumpur, Malaysia to take the pictures for the first edition, Tokyo, Japan for the second, and Hong Kong for the third. The fourth one is set in Paris, and includes essays written by the members.

There are two versions of this photo book; the standard edition comprises of photos, postcards, and posters. The special edition will provide a diary and DVD that deals with the band's behind-the-scenes story.

Baek Byung-yeul is an intern at The Korea Times.