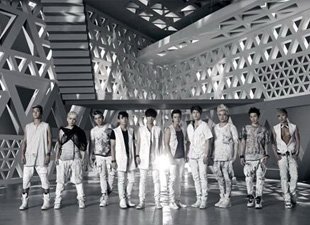 Super Junior is a leading Hallyu group on and off the web.

For this past year 2012, popular group Super Junior dominated the trending hashtags. From the total of seven Korean #1 trending topics for the year, one spot was taken by Olympic gold-medalist, Park Tae-hwan after his disqualification in the London Olympics which left many Koreans bewildered.

However, the remaining six were all related to Super Junior.

This list doesn't even include the English Super Junior-related hashtags that trended throughout the year.

Two of the most followed Korea tweeters on Twitter are also Super Junior members. Choi Si-won has 3 million followers and Donghae has a following of 2.6 million.