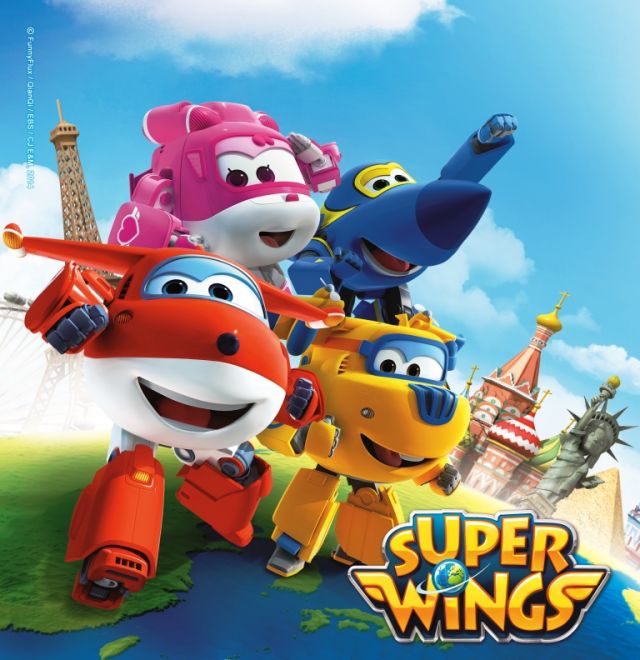 CJ E&M [http://en.cjenm.com], Asia's leading content and media company, announced today that its animated preschool series, Super Wings, will be launching on major television networks worldwide including Canal Plus' preschool channel, Piwi+ in France, SVT in Sweden, EBS in Korea and other key channels in the US, Latin America, Germany, Spain and Russia.

Super Wings features an adorable jet plane named Jett, who travels around the world delivering packages to children. On every delivery, Jett encounters new problems that he must solve with the "Super Wings", a group of awesome airplanes who can transform into robots with amazing abilities. The show's curriculum focuses on issues of Creative Problem Solving and Cultural Diversity and the characters visit fifty-two cities in forty-five countries over the course of the series 52 x 11:00 episodes.

"We are very proud to present Super Wings to broadcasters and families around the world. The series introduces children to a wide range of cultural experiences and we believe it will help foster a new generation of global citizens. Our show combines great storytelling and curriculum from the West with the highest quality design and animation from the East and we believe this has been the recipe for true global success for Super Wings!" said Jisoo Han, Head of Animation Business Division at CJ E&M.

As the international distributor, CJ E&M will hold special screening sessions for Super Wings at MIPJunior and MIPCOM in Cannes, France. For more information, please visit P-1.D75 at MIPCOM or send email to cjenm_animation@cj.net.